Monster shirts based on an episode of Leave it to Beaver 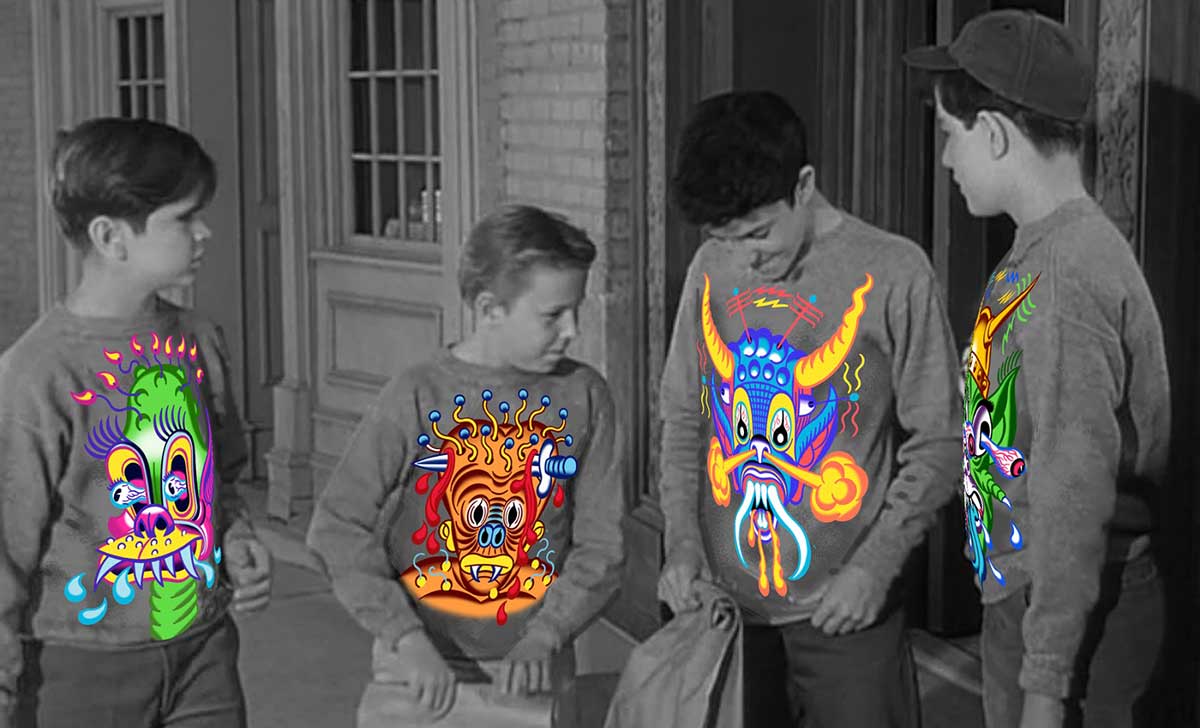 My friend Mitch O'Connell, "The World's Best Artist," recreated the cool shirts featured in an episode of Leave it to Beaver and is selling them on his site.

If you never saw the peewee version of ‘The Wild Ones’ on tv and are a little confused about what I’m yacking about, watch it for free.

I did see it as a youth, and immediately salivated over the surfin’ wild Rat Fink-like graphics, but sadly, they only existed in tv land. According to Tony ‘Wally' Dow, a talented stagehand actually painted the iconic incredibly icky shirts that you see hanging in the window at Tildens. It took me 56 years to get around to doing my best to replicate those cool duds, and through Threadless, you can finally get all four Beaver horror heads printed on pretty much whatever your heart desires, including grey sweatshirts!

NASA is “committed” to landing the first woman and the “next man” on the moon by 2024 as part of the Artemis program (next stop Mars!).  And as part of that program, unveiled two new spacesuits. The orange suit is the Orion Crew Survival System suit, also commonly called a flight suit or a launch […]

If you’re traveling on Alaska Airlines on December 21, make sure to wear your holiday sweater. No doubt it’s ugly, and wearing it will get you a free pass to board the plane early, in celebration of National Ugly Holiday Sweater Day Via MarketWatch: Back by popular demand, this is the second year Alaska Airlines […]