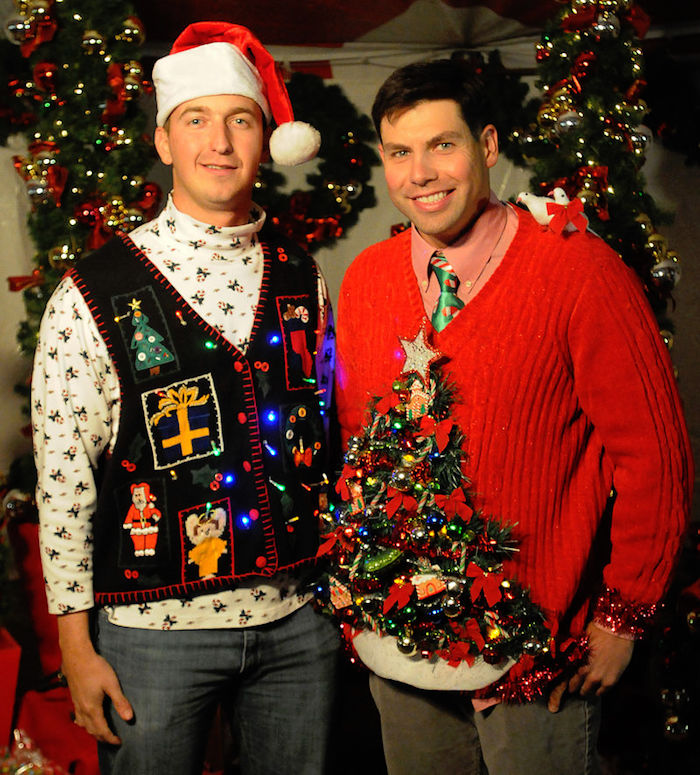 If you're traveling on Alaska Airlines on December 21, make sure to wear your holiday sweater. No doubt it's ugly, and wearing it will get you a free pass to board the plane early, in celebration of National Ugly Holiday Sweater Day

Back by popular demand, this is the second year Alaska Airlines and its employees have embraced National Ugly Holiday Sweater Day, hoping to bring joy to travelers during the busy holiday travel season. All guests are invited to join in the celebration and share their memories on Twitter by tagging their photos and videos using the hashtags: #UglySweaterDay and #iFlyAlaska.

For those of you not familiar with ugly holiday sweaters, they're similar to ugly sweaters, but with a holiday theme. Here are some examples, most found on #uglysweater:

Ho, ho, ho! It’s me Scotty Claus, welcome to the #12GaysofChristmas!! ??? - What IS the 12 Gays of Christmas you ask?? It’s a way for our virtual family to celebrate the holiday together! The holidays can be hard for many people in the LGBT+ community, many of whom have strained relationships with our families, if we even have a relationship at all. I want to bring joy to the season by celebrating together!! - I’ll be posting a holiday themed photo/video every day up until December 25th! Tag your holiday photos with #12GaysofChristmas and I’ll be sharing them!! - Happy ho ho holidays Frenzies! Can’t wait to celebrate with you!! ? - #versotterlegend #gayotter #gayhairy #gaybeard #santa #gaysanta #gaycute #gaysingle #gaylike #lgbt #lgbtcommunity #gayholiday #uglysweater #holidays #seasonsgreetings #snow #snowfall #winter #cuddleweather

Ugly Sweater competition today at the iSchool. Sweater inspired by the current state of politics in USA. #uglychristmassweater #uglysweater #trumpchristmas