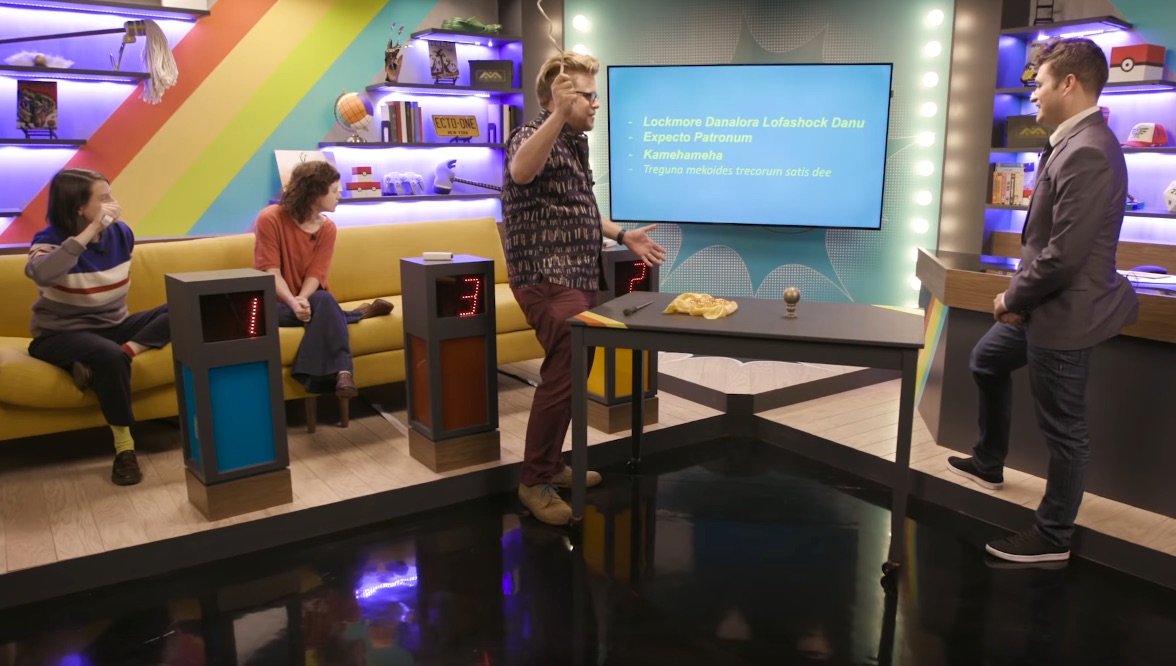 You can see all of the short YouTube segments for Season 2 here. Season 1 is here. And, if you want to see all of the Season 2 episodes, Dropout has a 7 day trial. Subscriptions are $4/month.

*Um, actually, the two subjects of nerd passions change in each episode's introduction.

I assume I’m late to this party (I’d never heard of this show until a few days ago). Innuendo Bingo is a BBC Radio 1 show where celebrities listen to radio and TV clips that contain lines that can be misconstrued as sexual. They have glassfuls of water in their mouths that get spewed onto […]

When posed with the question “What are you doing?” this Wheel of Fortune contestant gave the obvious answer, which was unfortunately wrong. Image: YouTube

Gordon took an episode of The Price is Right and edited it down to gameplay. The resulting video is an eleven-minutes long blast of pure Price is Right. Price is Right as an Olympic sport. I trimmed a few things like… -Long form product descriptions. -Pandering to the audience for answers. -Wheel spinning animations. -Unnecessary […]