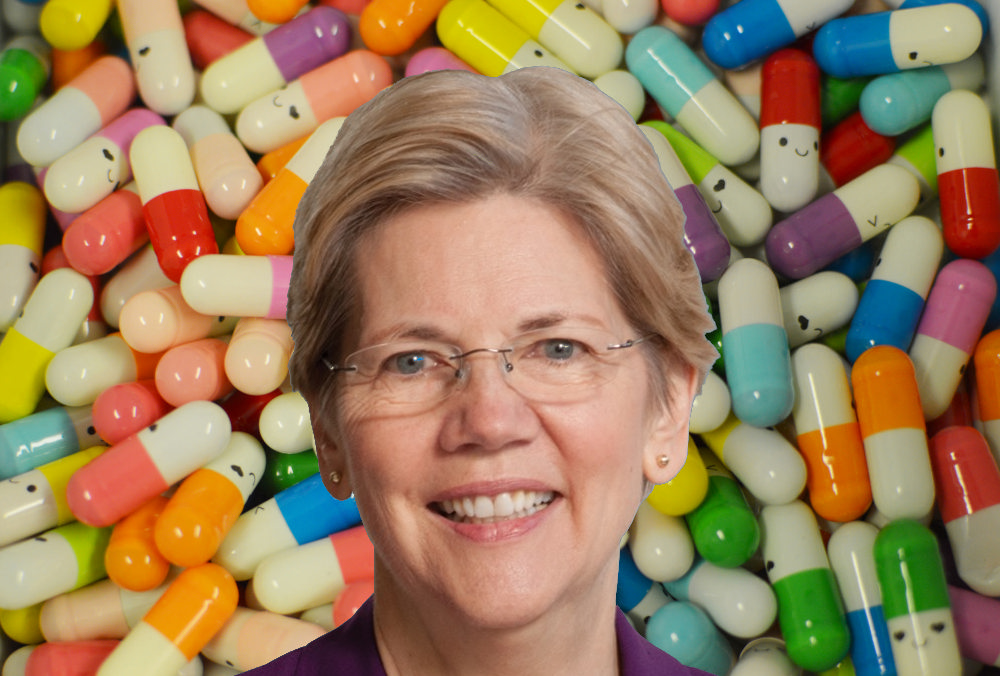 Senator Elizabeth Warren has introduced a bill called the Affordable Drug Manufacturing Act, which allows the US government to manufacture generic versions of drugs "in cases in which no company is manufacturing a drug, when only one or two companies manufacture a drug and its price has spiked, when the drug is in shortage, or when a medicine listed as essential by the World Health Organization faces limited competition and high prices."

Generic drugs once dominated Americans' filled prescriptions, but as the number of manufacturers for generics has dwindled, so has their availability -- meanwhile, prices have surged, and while stories about Martin Shrkeli and epipen profiteers have generated headlines, they're just the tip of the iceberg. The high prices aren't just a product of an uncompetitive market; according to state antitrust suits, a cartel of 16 generic drug manufacturers conspired to fix prices on more than 300 drugs.

Warren's bill requires the US government to pay a license fee the patents on drugs; then grant permission to manufacturers to use these licensed patents to make the generic versions at a "fair price."

The bill also bans former drug lobbyists, and executives from pharma companies that had been punished for wrongdoing from serving as director of the new, proposed Office of Drug Manufacturing.

One drug is listed specifically: Generic insulin treatments would have to be produced within the first year of the legislation’s passage. Prices for insulin have skyrocketed in recent years and shortages are common.

“In market after market, competition is dying as a handful of giant companies spend millions to rig the rules,” Warren said in a statement. “The solution here is not to replace markets, but to fix them.”

Except the means to fix those markets is a government-directed option that puts the Department of Health and Human Services into the pharmaceutical manufacturing business. That’s the primary action in the legislation that allows competition to take root and prices to fall. In this sense, competition policy can work hand-in-hand with targeted nationalizations or public options.