Guillotine Watch: weighing the pros and cons of keeping your art collection on your super-yacht 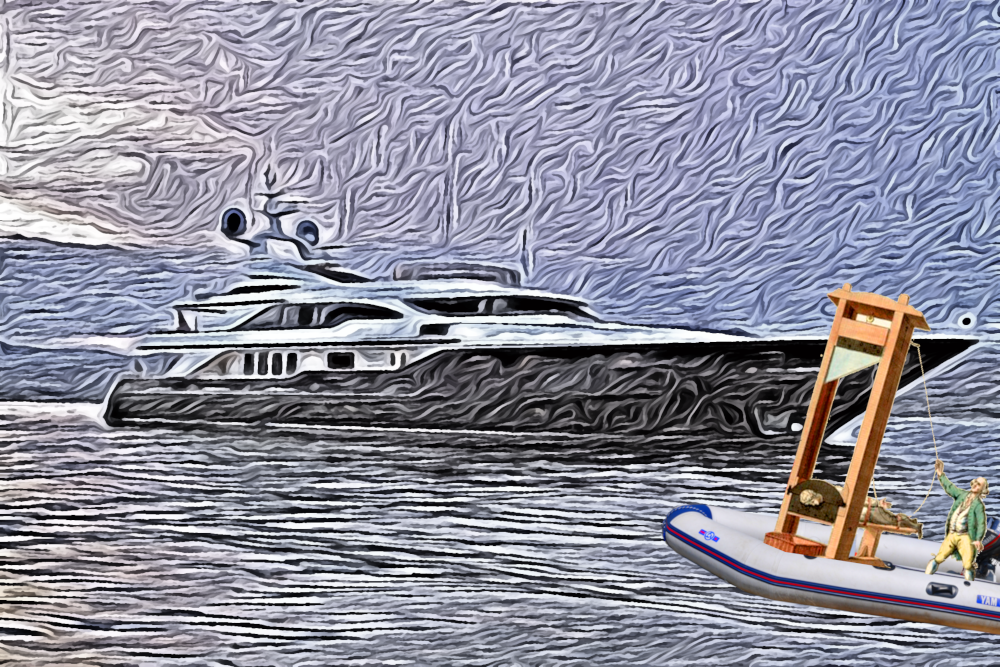 Writing in The Art Newspaper, Andrea Marechal Watson enumerates the up- and down-sides of keeping your millions in art treasures aboard your super-yacht: on the one hand, the full-time crew of up to 50 will certainly ensure that the art is well looked-after and kept in climate controlled stasis; but then there's the problem that international looters like Jho Low have had their collections seized after their complicity in multi-billion-dollar frauds were discovered. Super-yachts with many millions in art aboard might be excellent "floating signifiers of their owners’ wealth," but on balance you might be better off warehousing your "assets" in anonymous shipping containers in the Freeport of Basel. (Images: Ed g2s, MrPanyGoff, CC-BY-SA) (via JWZ)