Bird Scooter tried to censor my Boing Boing post with a legal threat that's so stupid, it's a whole new kind of wrong 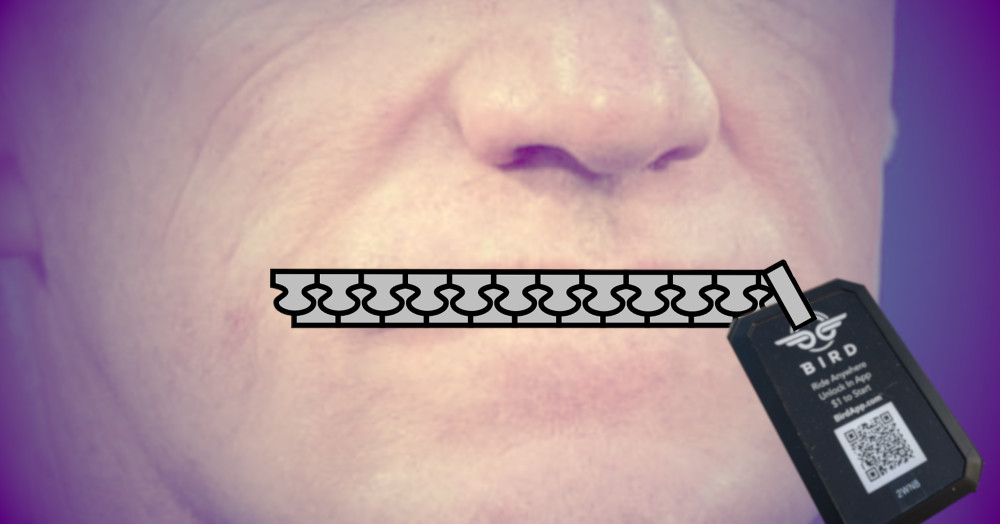 Last month, I published a post discussing the mountains of abandoned Bird Scooters piling up in city impound lots, and the rise of $30 Chinese conversion kits that let you buy a scooter at auction, swap out the motherboard, and turn it into a personal scooter, untethered from the Bird company.

In response, Bird sent us a legal threat of such absurdity that we are publishing it in full, along with a scorching response from the Electronic Frontier Foundation, as a kind of celebration of truly world-class legal foolishness.

In Bird's legal threat, they imply that by linking to a forum in which the existence of conversion kits was under discussion, I had violated the anti-trafficking clauses of Section 1201 of the Digital Millennium Copyright Act, the 1998 law that limits the dissemination of "circumvention tools" that bypass access controls for copyrighted works -- for example, tools that let you extract the video from an encrypted DVD.

But the hits keep on coming: the conversion kits that I wrote about aren't even circumvention devices. The DMCA prohibits bypassing technological measures that effectively control access to copyrighted works, and prohibits trafficking in those technologies or technologies that bypass technological measures that prevent infringement. The conversion kits don't bypass a locked bootloader to access or alter the firmware on a Bird Scooter. You get the kit, remove some screws, and put in the new logic board. If motherboard swaps were circumvention, then selling someone a screwdriver could be an offense punishable by a five year prison sentence and a $500,000 fine. Obviously, it’s not.

We've been doing this for decades, and every year, the number of baseless legal threats from corporations that don't like being criticized goes up. Thin-skinned corporations have always been with us, but the media has never been more vulnerable: cash strapped, underinsured, and easy to frighten.

We don't back down. We aren't rich and we aren't powerful, but we know our rights (attentive readers will know that I've pledged myself to killing Section 1201 of the DMCA -- you'd be hard pressed to find someone harder to bullshit about DMCA 1201). We've got good friends: the Electronic Frontier Foundation has our back.

Did you get a nastygram like this from Bird? Tell us about it. There's strength in numbers.