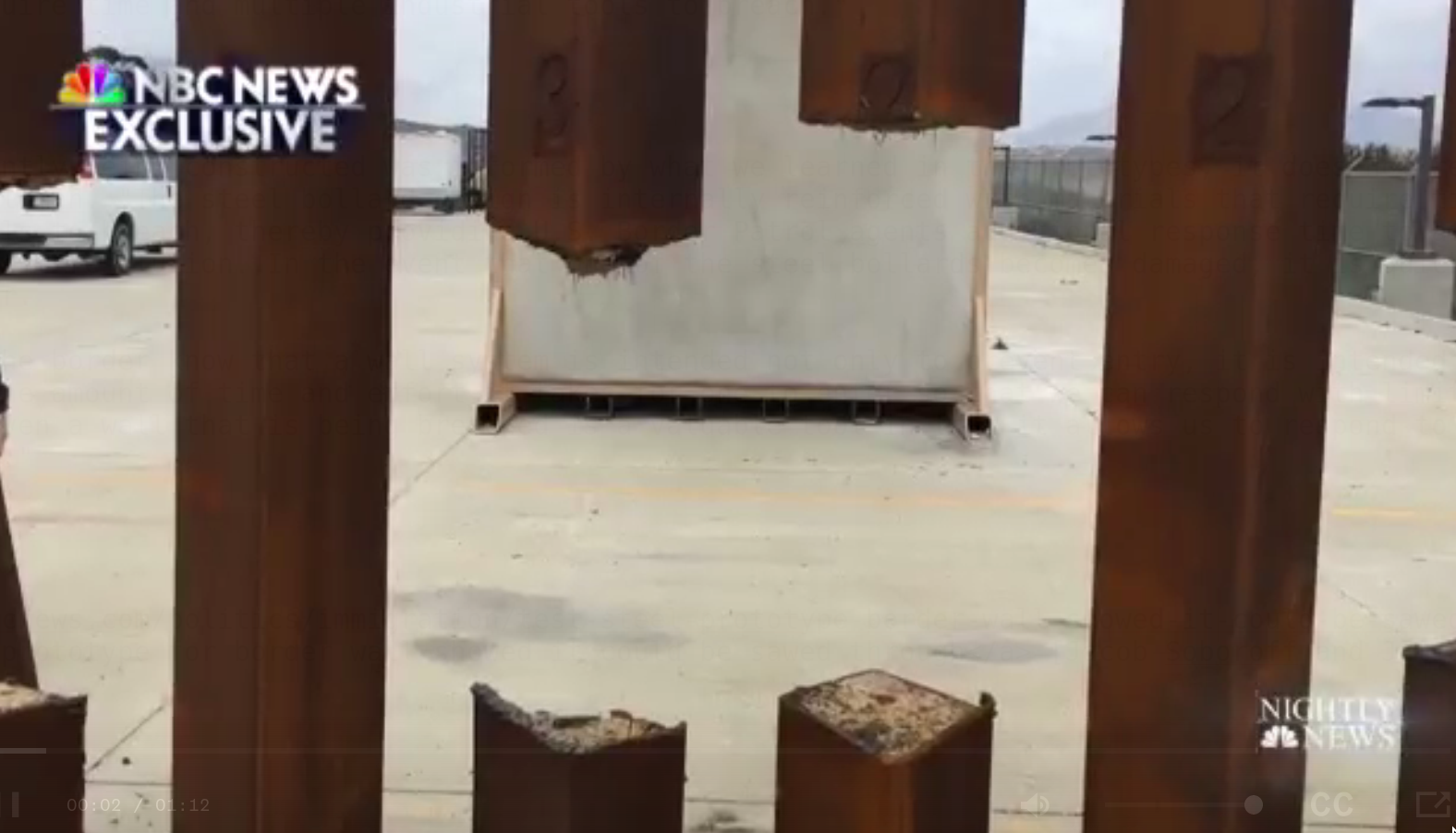 One of the designs that Obama's DHS evaluated was steel "barriers" of the sort Trump wants to spend $5.7 billion on. In their tests, they were able to defeat the barriers with hand-held hacksaws in just a few minutes.


Trump officials insist that their barriers represent an improvement on the Obama barriers, with "internally reinforced with materials that require time and multiple industrial tools to breach."

"While the design currently being constructed was informed by what we learned in the prototypes, it does not replicate those designs," said Waldman. "The steel bollard design is internally reinforced with materials that require time and multiple industrial tools to breach, thereby providing U.S. Border Patrol agents additional response time to affect a successful law enforcement resolution. In the event that one of the steel bollards becomes damaged, it is quick and cost-effective to repair.

"The professionals on the border know that a wall system is intended not only to prevent entry, it is intended to defer and to increase the amount of time and effort it takes for one to enter so that we can respond with limited border patrol agents. Even a wall that is being breached is a valuable tool in that it allows us to respond to the attempted illegal entry."