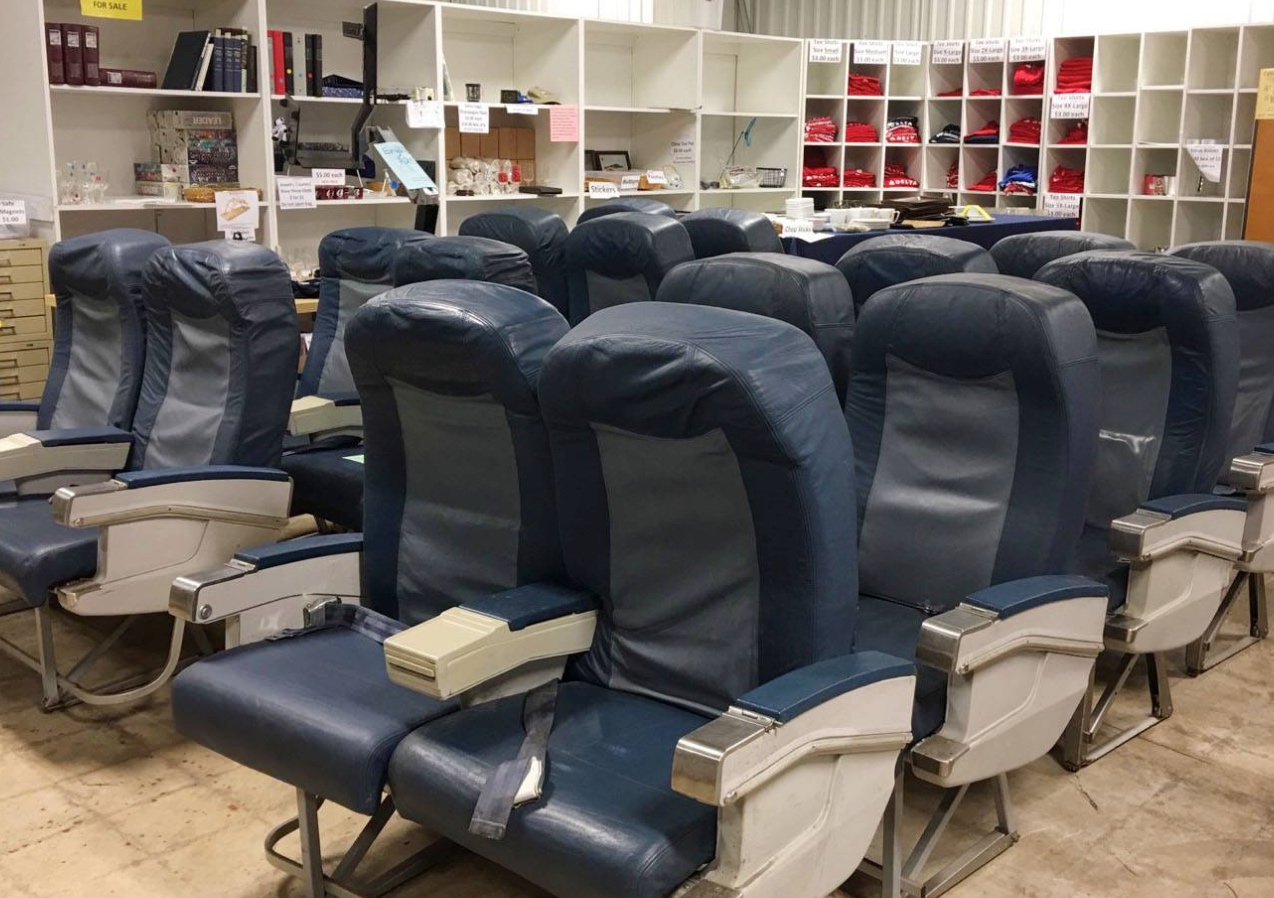 Once a month, Delta Air Lines holds a "garage sale" at one of its facilities near their flight museum adjacent to Hartsfield-Jackson Atlanta International Airport. The New York Times' Jackie Snow visited this curious surplus sale. Turns out, many of the shoppers lining up to buy galley carts, oscilloscopes, earbuds, posters, branded silverware, and maybe even a scavenged coach class seat actually are Delta employees. From the NYT:

Over the years, the sale has expanded to include decommissioned plane parts, service items and promotional material. Pieces as varied as pre-9/11 steak knives, coasters, an aircraft lavatory, old menus and timetables have been snapped up by collectors. The priciest item sold has been a $500 pressurized door from a DC-9 plane, and the sales contribute between $70,000 and $100,00 to the flight museum each year.

When Delta updates its branding, changes technology or over-orders or retires parts, those items are offered up to the sale.

“They suffer my wrath if they throw out anything before we get to take a look at it,” said Judy Bean, the sale’s manager and a Delta employee for 48 years.

"Stocking Up at an Airline’s Garage Sale" (New York Times)