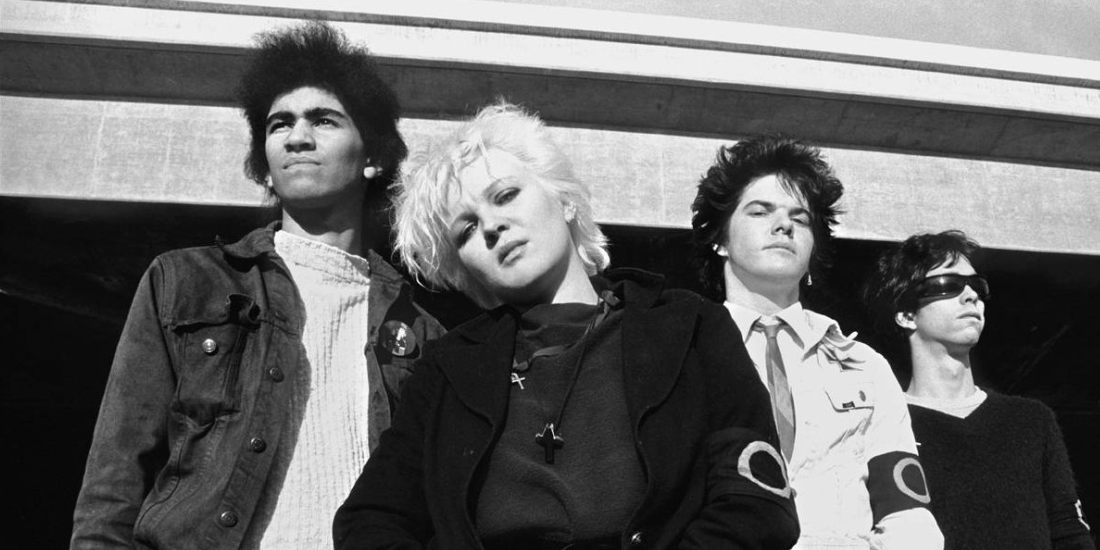 Lorna Doom, badass bassist of influential Los Angeles punk band the Germs, died yesterday. Formed in 1976, the Germs -- Doom, Darby Crash, Pat Smear, and Don Bolles in the classic line-up -- were at the center of the early Hollywood punk scene that spawned Black Flag, X, Fear, the Go-Go's, and so many seminal acts. From the Los Angeles Times:

Born Teresa Ryan, Doom became an icon of the U.S. punk explosion despite having to learn her instrument after already joining the band. Along with her high school friend Belinda Carlisle, who would become lead singer of the Go-Go’s, the bassist was part of the posse of Hollywood punks who sparked a West Coast music movement.

Doom’s death at age 61 was confirmed by her longtime friend and former Germs bandmate Don Bolles. A cause of death was not immediately available...

Germs' primal first album, “G.I.,” set the tone for the U.S. hardcore punk movement. The debut release by the fledgling indie label Slash, which was founded by the punk fanzine of the same name, the 1978 album felt zapped onto turntables from a way messier, more uncontrolled galaxy...

Slash Records also released the soundtrack to the Penelope Spheeris documentary “The Decline of Western Civilization,” which documented the Germs and other bands in performance. When the film became an unlikely indie hit, Doom’s work served as inspiration to countless female punks itching to break through the genre’s male-dominated glass ceiling.

yesterday i lost a part of me, my best friend in high school and partner in crime in the early punk scene, #LornaDoom or Teresa passed away.... she was a visionary and a trail blazer. she never compromised. RIP, terry. i'm sure you can feel the love ❤️ pic.twitter.com/ln2RQSTN47