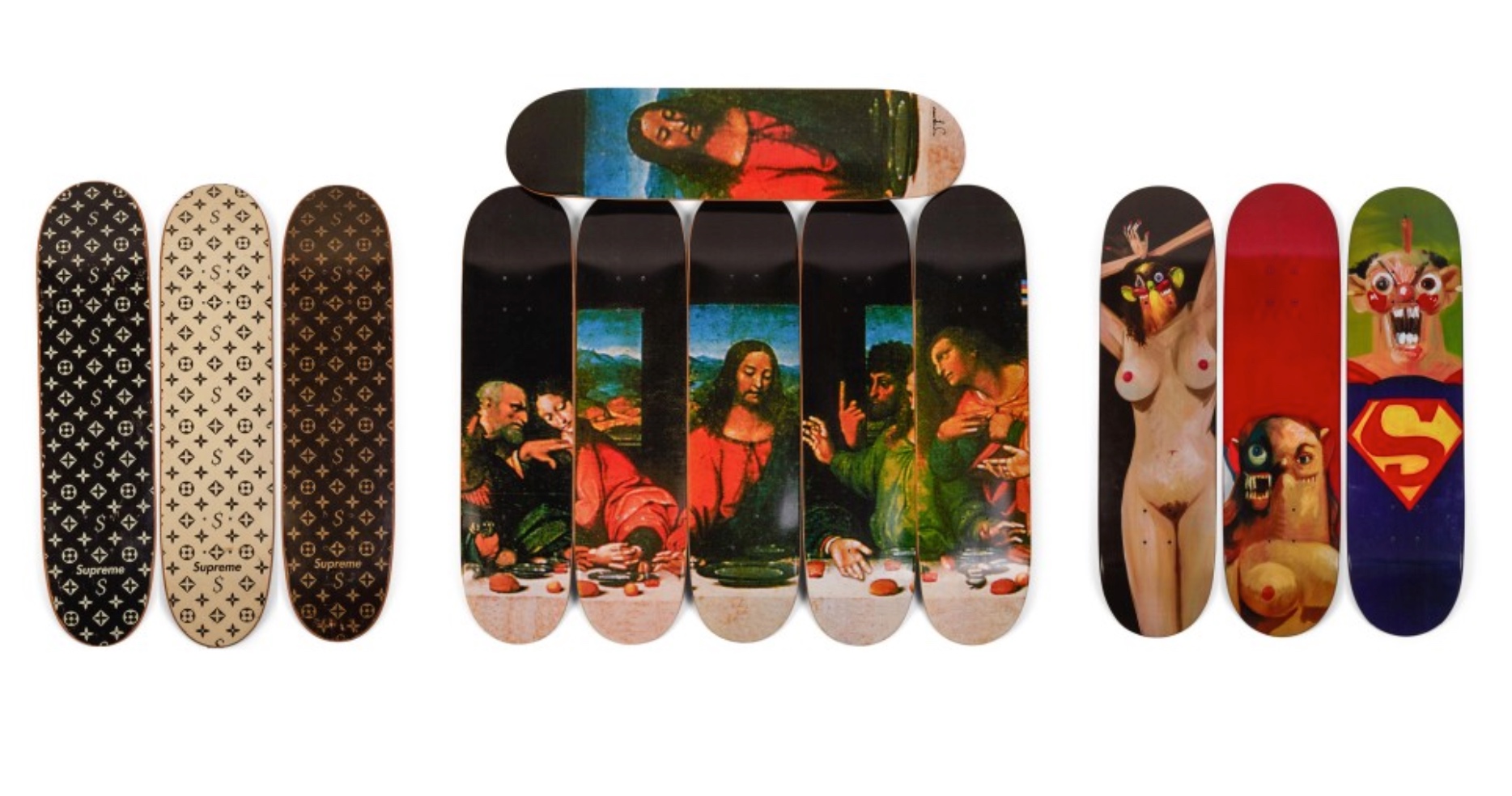 Launched as a NYC skateshop in 1994, streetwear brand Supreme has become a religion for hypbeasts (and the flippers who serve them). Now, a private collector is auctioning off their collection of every single Supreme skate deck ever made, many of which are emblazoned with graphics from esteemed contemporary artists. The lot of 248 skateboard decks along with the Louis Vuitton Boite skateboard trunk with tool kit, trucks, wheels and shoulder strap is expected to bring around $1 million but I bet it goes for much more. From Sotheby's:

Supreme started producing their own skateboards in 1998 and have collaborated with many well-known brands over the last 20 years – most famously with Louis Vuitton. Supreme is also known for their artist collaborations, featuring the likes of George Condo, Jeff Koons, Damien Hirst, Richard Prince, KAWS, Marilyn Minter, Nate Lowman, and Takashi Murakami, among others.

This apparel company is ON IT. They've shipped a matching mask with each of their tops. This photo was taken in Be'er Sheva, Israel, but I believe that "LOOK" is an American brand. A quick search reveals that match-matchy masks are a popular 2020 fashion trend. photo by Bruria Efune, used with permission

Goodwill Hunting is a fascinating data-driven exploration of trends at the thriftstore chain's online shop. It is quite exhaustive, breaking down regional trends, brands, prices and much else besides in a panoply of gorgeous interactive charts. Given that Goodwill deletes sold items and doesn't provide an API, it's an amazing work of data journalism. Basically, […]

Romanian Cobbler Grigore Lup noticed that people weren't following the rules of social distancing at his local market, so he decided to make long-nosed shoes as a response. His Euro size 75 shoes are specifically designed to keep people apart, "If two people wearing these shoes were facing each other, there would be almost one-and-a-half […]