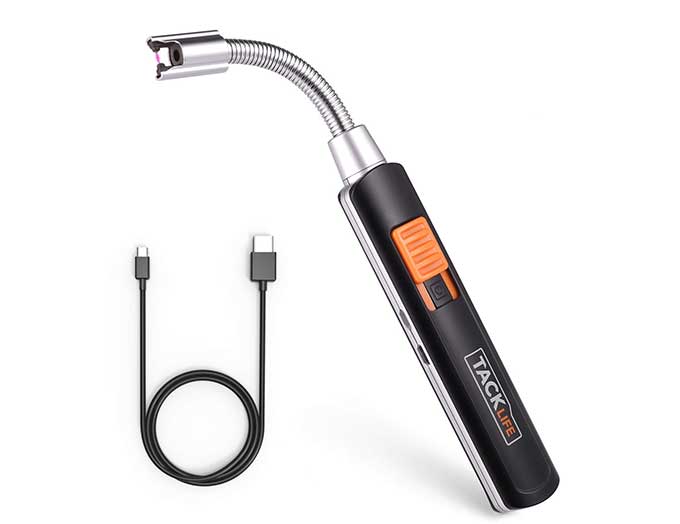 This Tacklife USB rechargeable electric lighter is normally [amazon_link asins='B083DFB3C7' template='PriceLink' store='boingboing' marketplace='US' link_id='b05362f7-b92a-4caa-b268-f69288bba304'] on Amazon but you can get it for a lot less using promo code JLVOK2Q6. I use it to light barbecues, oven burners, and anything else that needs a flame.