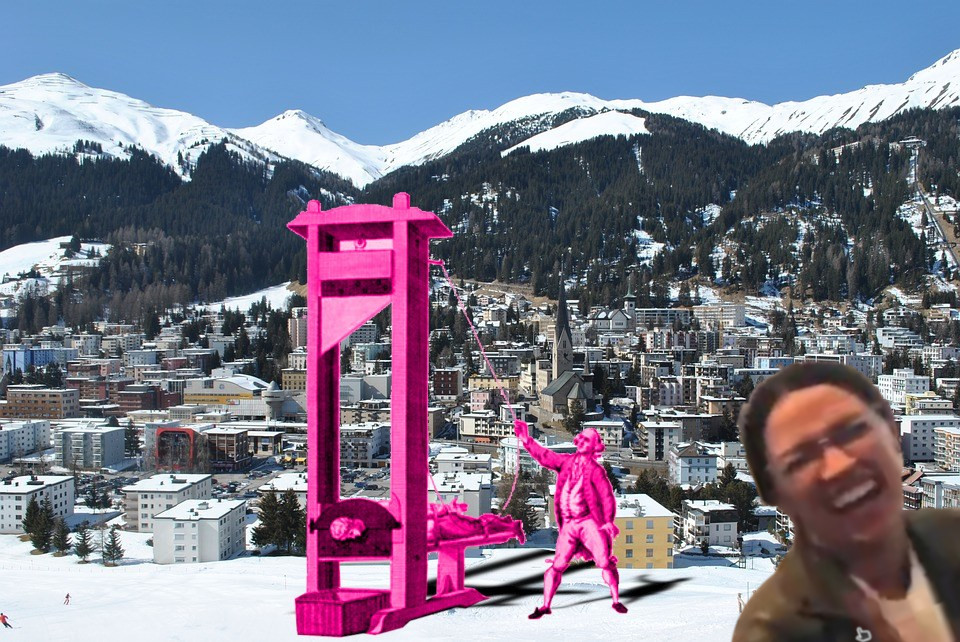 At the World Economic Forum in Davos, Switzerland, Michael Dell was asked about Alexandria Ocasio-Cortez's wildly popular proposal to tax income over $10,000,000 at 70%, but before he could answer ("I'm not supportive…And I do not think it will help the growth of the US economy") the audience erupted into laughter, according to CNN. MIT's Erik Brynjolfsson (previously), a co-panelist, was more bullish: "There's actually a lot of economics that it's not necessarily going to hurt growth and I think we have to examine it more closely." (Image: AOC)