Bassoon Tracker: an Amiga-style music tracker on the web 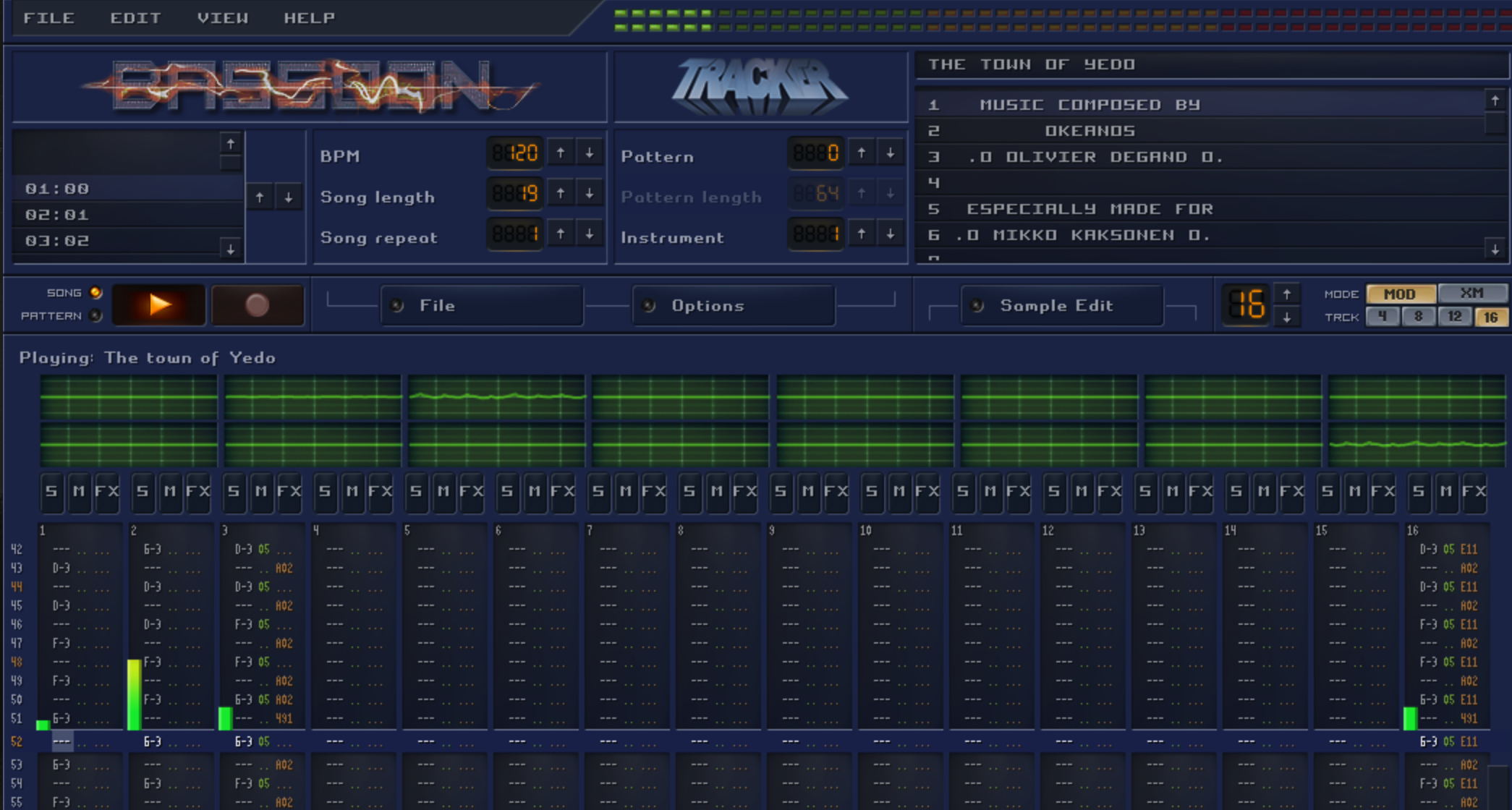 For all the web's power, getting Javascript to time multitracked sample playback with the bare-metal precision of an Amiga-era tracking app is no mean feat. But Steffest's Bassoon Tracker pulls it off with style, and can even load your old MOD files. It looks the part, too, with chunky sci-fi fonts and linear gradients galore.

Plays and edits Amiga Mod files and FastTracker XM files. If you have ever heard of Protracker or Fasttracker, then you know the drill, if not, then you are probably too young :-)

It needs a modern browser that supports WebAudio. It's tested to work on Chrome, Firefox, Safari, Edge, Chrome on Android, mobile Safari and the Samsung Android Browser. It works best in Chrome.

Sadly it doesn't load Impulse Tracker modules, so you are today spared having to listen to my teenage masterpieces. The code's on Github.