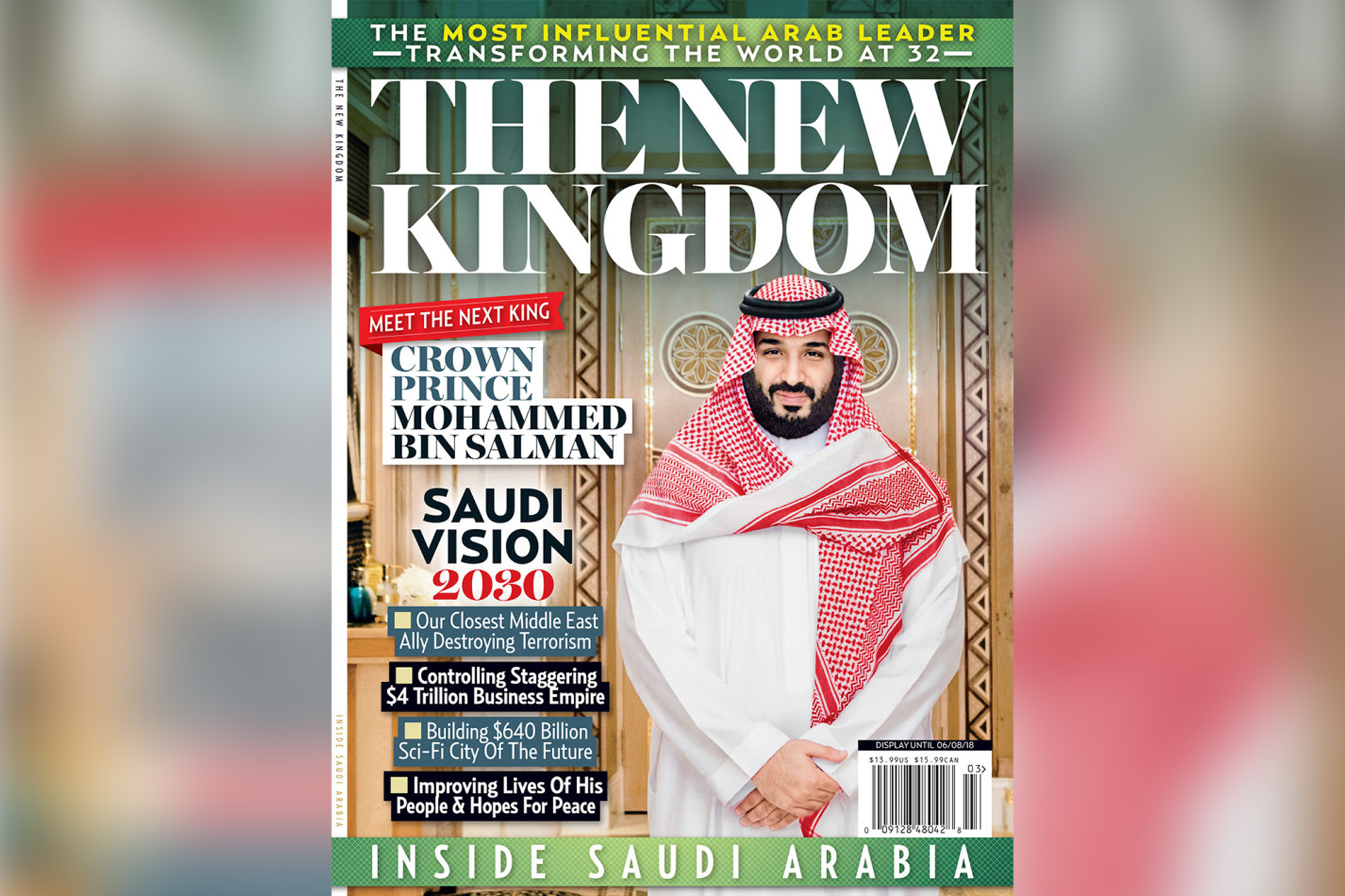 AMI, the parent company of The National Enquirer, produced it.

Right after they put this weird Saudi propaganda publication out, AMI asked the United States Department of Justice if it should register as a foreign lobbyist, according to multiple news reports out today.

Amazon CEO Jeff Bezos has accused AMI of blackmailing him over intimate photos, and questioned whether Saudi Arabia may have been involved, which both AMI and the kingdom have denied.

Excerpt from an NBC News report that references this July 2018 document, and this original reporting from the Wall Street Journal:

A July 2018 letter from Justice Department lawyers to AMI and posted to a government website shows that the Justice Department's National Security Division ultimately told the publisher that, based on AMI's own statements, it did not need to register. Under the Foreign Agents Registration Act, people or entities that work to advance a foreign country's political interests in the U.S. must disclose their specific activities and register as foreign lobbyists.

Although the names of the parties are redacted in the publicly released version of the letter, the timing, facts and circumstances all line up precisely with AMI's unusual publication of the magazine about Crown Prince Mohammed bin Salman and his March 2018 visit to the U.S. The person familiar with Saudi Arabia's lobbying efforts confirmed to NBC News that AMI and the Saudi government are the entities referred to in the letter, which was first disclosed Monday by The Wall Street Journal.

• National Enquirer's parent firm asked U.S. if it should register as foreign agent for Saudis

Twitter has some very serious security explaining to do.