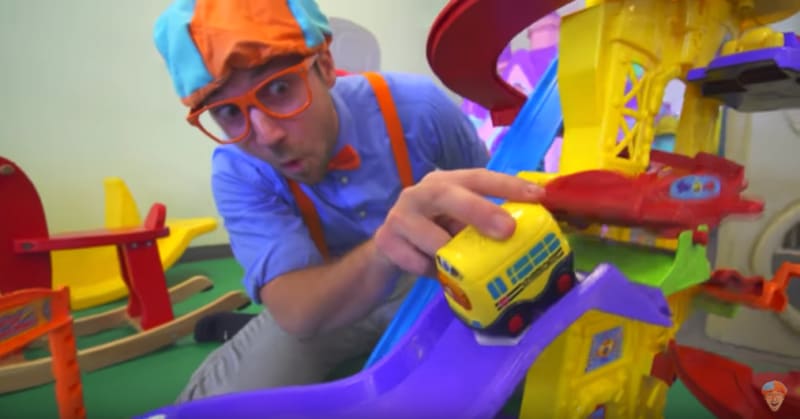 People who are into computers and the internet and such often say that we are approaching a 'singularity', whereby machine 'intelligence' surpasses our own and inaugurates an inevitable yet unknowably glorious paradigm shift in human existence. I, however, anticipate an 'annihilation', whereby machine 'intelligence' flattens and dissolves all the structures we have built and our facile interactions generate a formless, explosive hatred that will ultimately destroy civilisation.

In weighing which outcome is more likely, consider the case of childrens' entertainer and YouTube star Blippi, hailed as the Mister Rogers of the 21st century, who "Shat On His Nude Friend For A Meme Video".

In a hard R–rated twist, in a 2013 video that BuzzFeed News has viewed, Stevin "Blippi" John takes an explosive diarrhea shit on his nude friend’s ass in a truly shocking rendition of the “Harlem Shake” meme.

“Yes, I did make a gross-out comedy video when I was in my early twenties, long before I started Blippi,” John said in a statement to BuzzFeed News.

Everyone has a past — Blippi’s just happens to involve a widely viewed, comedic video of him taking a deuce on another man. It seems that even in his former incarnation, Stevin John was destined for viral fame, but no one could have foreseen the dancing poop guy’s pivot to mainstream children’s entertainment.