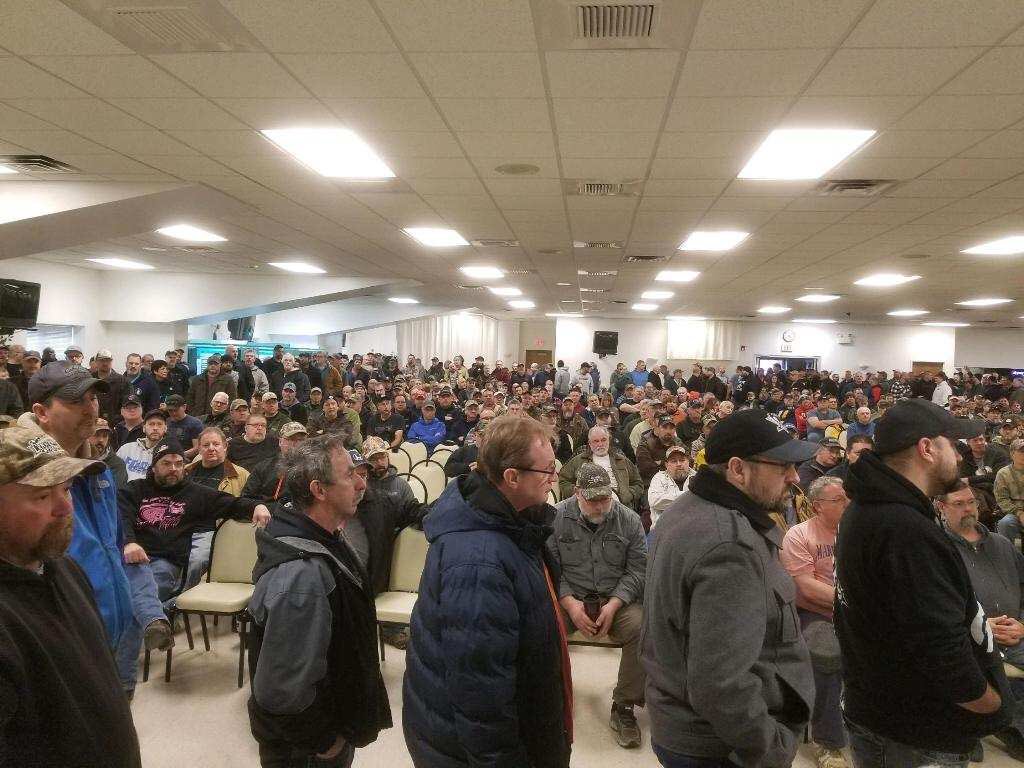 GE Transportation workers were told after merger their new employer “wants to turn this into an Amazon warehouse,” says labor union.

About 1,700 workers at a plant that was owned by GE Transportation in Erie, Pennsylvania, are on strike Tuesday.

The incoming owner of the factory, Wabtec Corporation, plans to impose mandatory overtime, a lower pay scale for new hires, and use of temporary workers, say reps for the United Electrical, Radio and Machine Workers of America (UE) union.

Wabtec, which is based in PA, just closed an $11 billion merger deal with GE’s transportation division that includes this plant, where locals have built train locomotives for decades.

Workers authorized the union to wage a strike after they failed to secure an interim agreement with Wabtec extending the terms of their contract with GE. As the new employer at the plant, Wabtec is obligated to recognize the union but has the freedom to negotiate its own new contract.

Union members felt they needed to go on strike in order to protect the middle-class wages and high working standards inside the facility, where pay averages around $35 an hour, said Jonathan Kissam, a union spokesman. He added that many workers already volunteer for overtime work but don’t want it to be mandatory, fearing it could ruin weekends with their families.

He also said introducing lower pay for new hires would create a two-tier system inside the plant, causing rifts between different generations of employees.

“This is a multi-generational plant. Some of them, their grandparents worked there,” Kissam said. “So they’re unwilling to sell out their own children.”

He added, “Wabtec wants to turn this into an Amazon warehouse.”

Twitter conversations related to the story below. Vermont Senator Bernie Sanders, who just announced his candidacy for president in 2020, today commented on the strike.

Americans are sick and tired of corporate America and their wealthy CEOs ripping off working families. I'm proud to stand with the locomotive manufacturing workers of @ueunion Local 506 and 618 in their fight against GE/Wabtec to maintain decent wages and working conditions. https://t.co/q20Iafo8XN

I'm proud to stand in solidarity with the 1,700 locomotive manufacturing workers in Erie, Pennsylvania, who are fighting to keep the pay and benefits they have won as members of the UE union.

Corporate executives must not use the merger between GE and Wabtec to hurt workers. pic.twitter.com/o5NrS1CJrR

.@UEUnion workers from #UE506 line up to vote to authorize a strike if necessary as negotiations with Wabtec breakdown.

I stand with #UE506 and working Americans everywhere. pic.twitter.com/Eo2meQT2Wi

Rocky start: A day after Wabtec completed an $11B deal with GE Transportation, more than 1,700 workers at an Erie plant walked off the job, reports @PGdanielmoore @PittsburghPG#railroads #unionhttps://t.co/edKAfYaAD5 pic.twitter.com/1QSt83devc