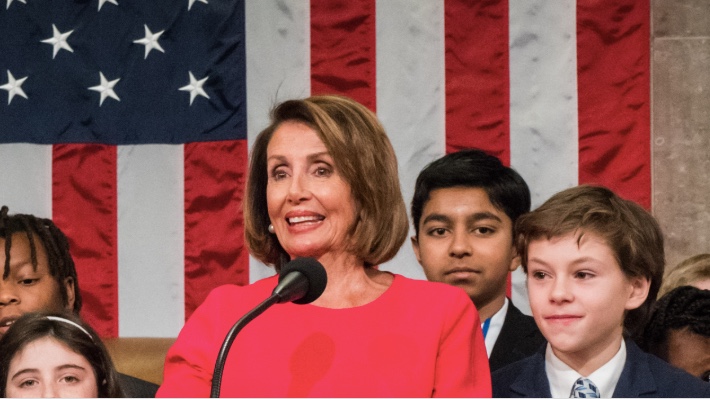 What is in the bill?

Nobody seems to know.

From Pelosi's announcement on Monday:

On Wednesday, we will launch the Save The Internet Act, working with Senate Democrats to introduce legislation to restore Net Neutrality at 11:15 a.m. in the Rayburn Room of the U.S. Capitol;

No one in the office of FCC chairman Ajit Pai would comment for this Reuters piece:

The Federal Communications Commission repealed the rules that bar providers from blocking or slowing internet content or offering paid “fast lanes.” The repeal was a win for providers like Comcast Corp, AT&T Inc and Verizon Communications Inc, but was opposed by internet companies like Facebook Inc, Amazon.com Inc and Alphabet Inc.

The Senate, which is controlled by Republicans, voted in May 2018 to reinstate the net neutrality rules, but the House did not take up the issue before Congress adjourned last year.

In its 2017 decision, the Republican-led FCC voted 3-2 along party lines to reverse the net neutrality rules. The agency gave providers sweeping power to recast how users access the internet but said they must disclose changes in users’ internet access.