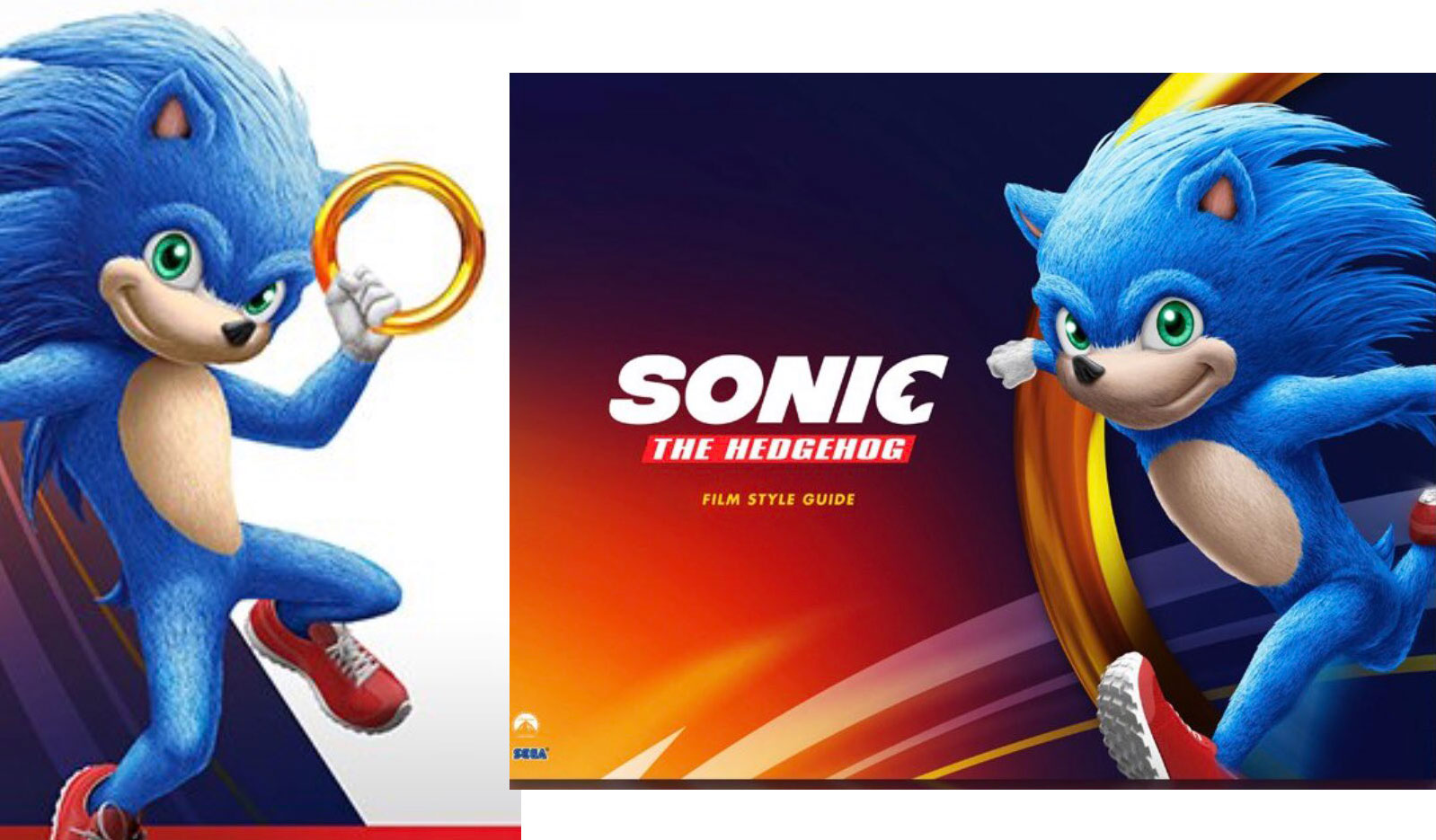 The live-action Sonic was expected to be overly "realistic" in a possibly-unwholesome way, perhaps even hinting at the unofficial internet life of Sega's "fallen" mascot. But a leaked "style guide" from the forthcoming live-action Sonic the Hedgehog movie exposes the design as, well, not even that.

One popular comparison was to the mascot of a used car dealership, but it made me think of dollar-store cereal brands. The cheesiness hinted at in such comparisons is hard to tease out from the cheapness, but it comes down to this: the artist(s) seem unfamiliar with the squeeze and stretch of cartoon draughtsmanship and of the underlying anime conventions that inform the character's design.

Like westernized box art from old Japanese video games, there's a mismatch between the product and its marketing. With Style Guide Sonic, a conscious effort's being made to somehow reconcile the "authentic" design with the smooth, realistic animation puppetry that Hollywood thinks is popular. Someone thought a lot about how to make Sonic's single weird eyeball work in three grossly-rendered dimensions...

... but somewhere along the way, they slipped beyond the event horizon and now it's almost good enough to post on Deviantart.

Another shot (below) leaked thereafter, and it's not so bad.... perhaps an effort to show that things have moved on since the "style guide" and that the movie's not going to be quite so dire as it suggests. But it still isn't great and, yes, those are Nikes.