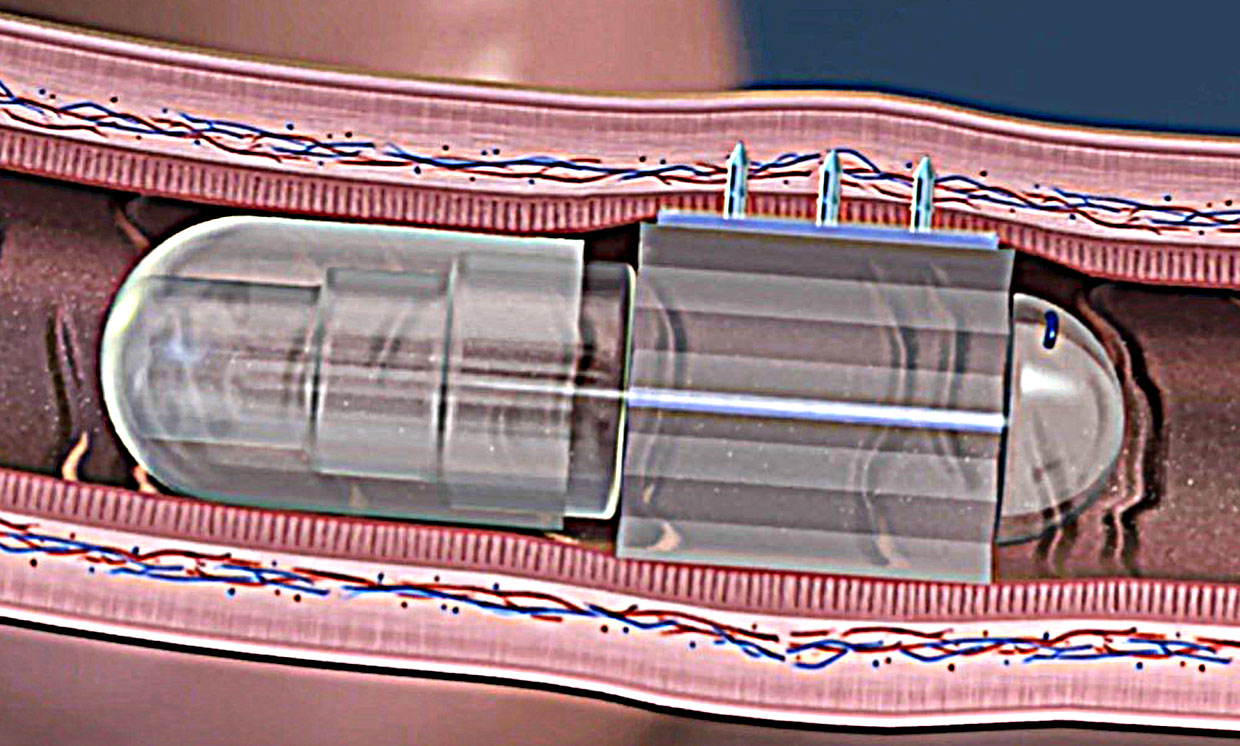 (Founder Mir) Imran calls the device a robot though it has no electrical parts and no metal. “Even though it has no brains and no electronics, it [works through] an interplay between material science and the chemistry of the body,” says Imran. “It performs a single mechanical function autonomously.”