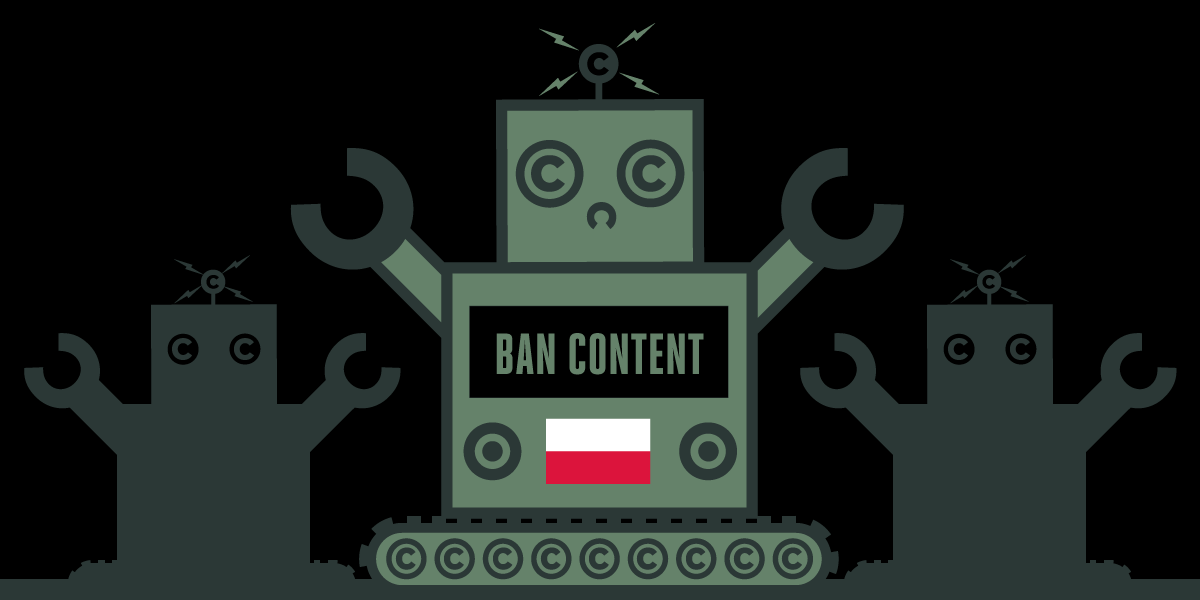 With only days to go before the final EU debate and vote on the new Copyright Directive (we're told the debate will be at 0900h CET on Tuesday, 27 March, and the vote will happen at 1200h CET), things could not be more urgent and fraught. That's why today's announcement by Poland's Platformy Obywatelska—the second-largest party in the European People's Party (EPP) bloc—is so important.

Platformy Obywatelska has said that it will vote to block the entire Copyright Directive unless Article 13—a ground-breakingly terrible Internet law that will lead to widespread filtering of all Europeans' Internet speech, images, and videos—is stricken from the final draft.

EPP, a coalition of European national political parties, is the key backer of Article 13 and the largest party in the European Parliament. Without its support, Article 13 is very unlikely to make it through the final vote.

The EPP is deeply split on the issue. EPP parties from Luxembourg, Sweden and the Czech Republic all oppose the measure, so Poland is in good company.

The other blocs that strongly back Article 13 are the S&D (socialist) and ALDE (liberal) MEPs.

126 members of the Parliament have expressly pledged to vote against Article 13, and more than 5,000,000 Europeans have signed a petition against it. This is the largest petition in European history!

It's vital that Europeans contact their MEPs as soon as possible to urge them to vote against Articles 11 and 13.

On Sunday, the streets of Europe will be flooded with demonstrators marching against the Directive.

This could be the final battle over the Directive. If it dies in Tuesday's vote, there will be no chance to bring it back before EU elections in May. This is no time to sit on the sidelines. Step up and be heard. They have the money, but we have the people!