San Francisco! Come see me and Richard Kadrey in Berkeley on Monday with my new book RADICALIZED! Next up: Portland/Ft Vancouver, Seattle & Anaheim! 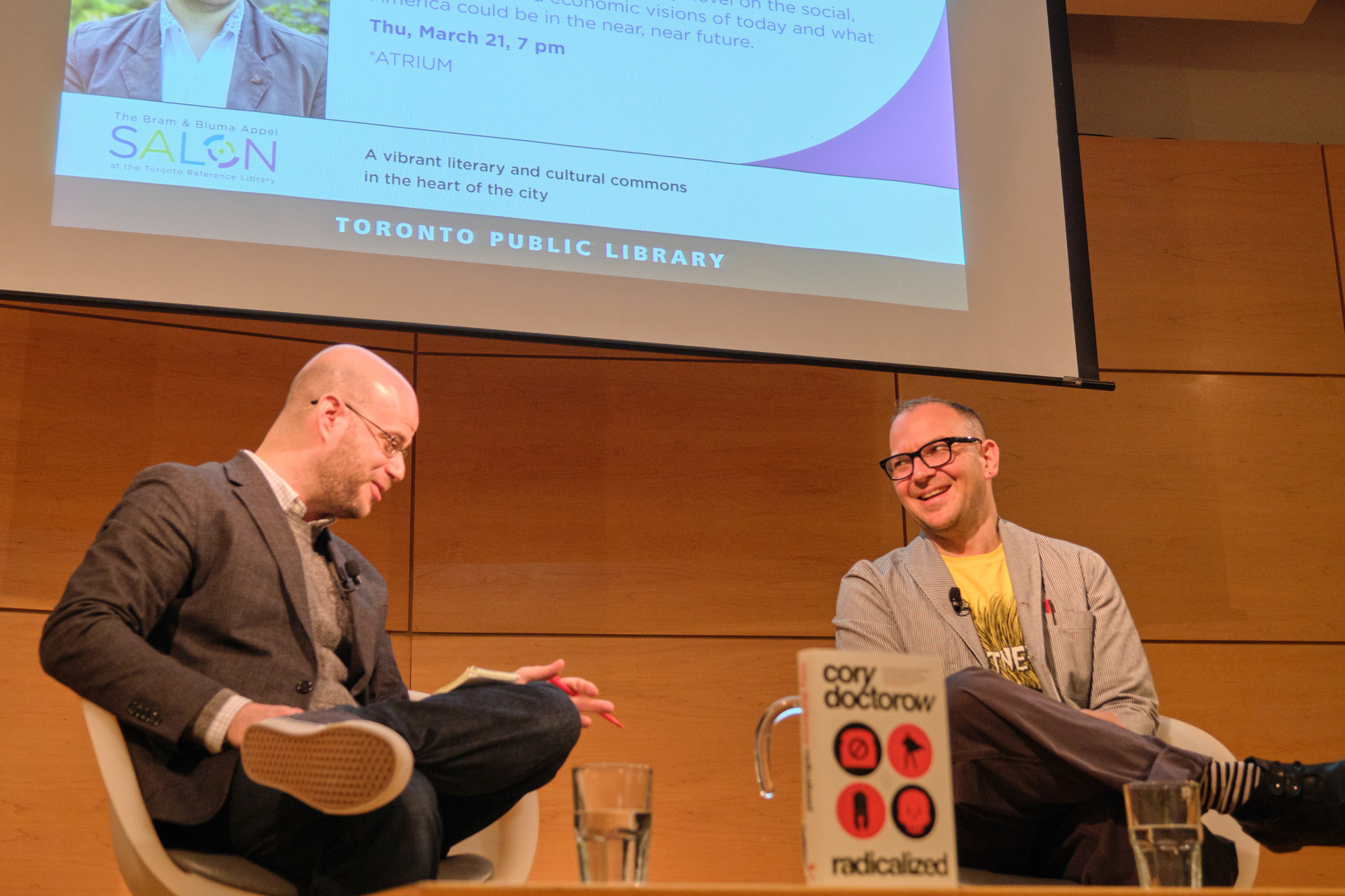 I've had a fabulous weekend at Chicago's C2E2 festival as part of my Radicalized book-tour, and now I'm heading to San Francisco for an appearance on Monday night at Berkeley Arts & Letters at 7:30PM with Richard Kadrey. Then it's on to The Revolutionary Reads series at Ft Vancouver (outside of Portland, OR), and then the Seattle Public Library and finally a weekend of events at Wondercon in Anaheim. Come on out! (Image: Nikola Danaylov, CC-BY-SA)