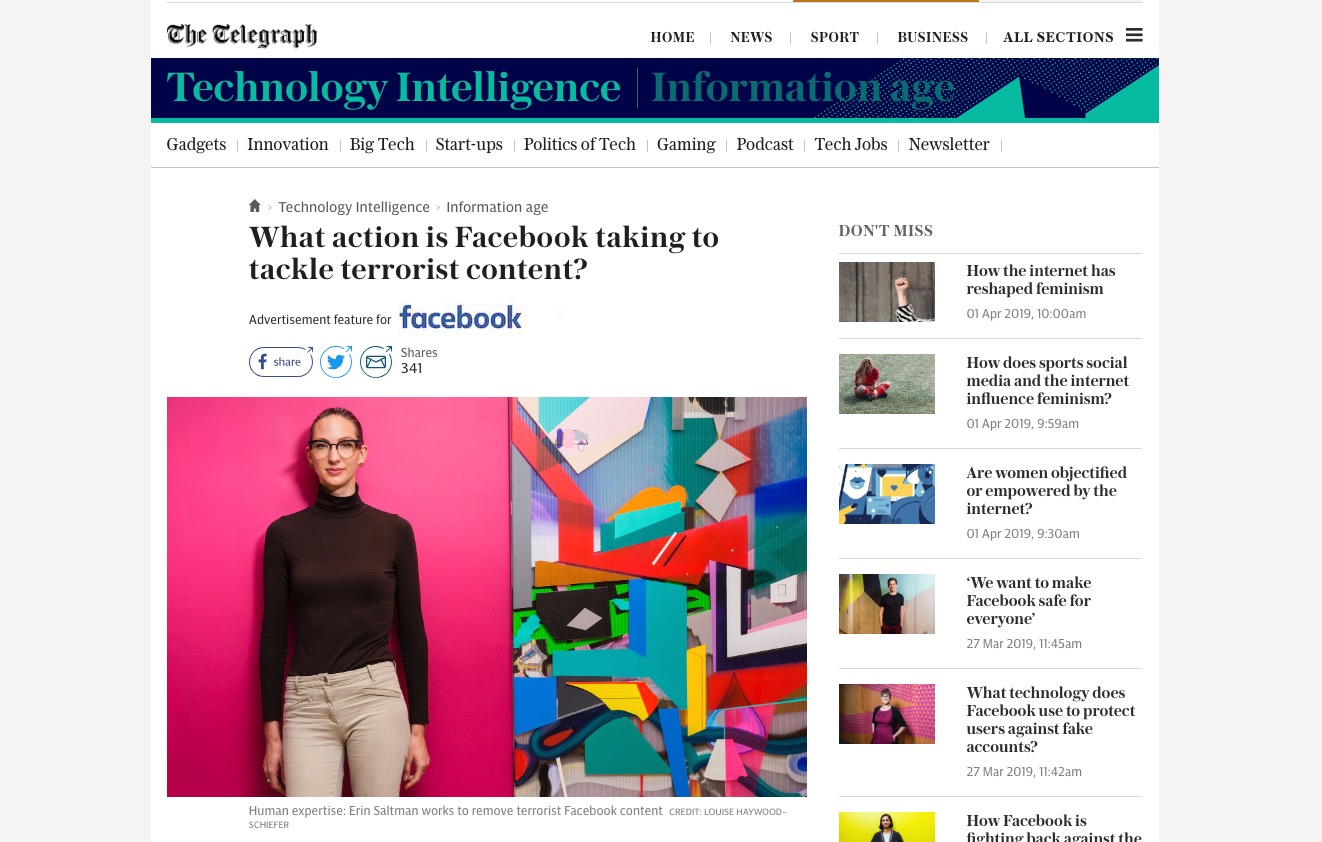 How should Facebook respond to the steady flow of news stories that reveal, again and again, how terrible it is? One way would be to stop being terrible. Instead, Facebook is keeping true to its "be terrible" motto by paying The Daily Telegraph to run a series of sponsored articles praising Facebook.

On March 13, the series ran a feature headlined "What action is Facebook taking to tackle terrorist content?", which discussed Facebook's work to "ensure terrorist content is identified and removed as swiftly as possible."

"The same week of the Christchurch attack, @Facebook told us in a sponsored puff piece in the @Telegraph that they have terrorist content under control," the European branch of policy organization Counter Extremism Project tweeted at the time. "This week, the picture looks very different."

The subjects of the sponsored stories in The Daily Telegraph, an influential, 150-year-old right-leaning daily newspaper, that ran throughout March included everything from artificial intelligence to female objectification and combatting scammers online— as well as issues that the company has been criticized for.

Facebook is notorious for absolving itself of responsibility for bad behavior by offering up an algorithm as a scapegoat (examples here, here, here, here). This time Brian Fishman, Facebook’s policy director for counterterrorism, told Congress at a closed-door briefing that the New Zealand shooter video that Facebook streamed was not gruesome enough for its naughty, […]