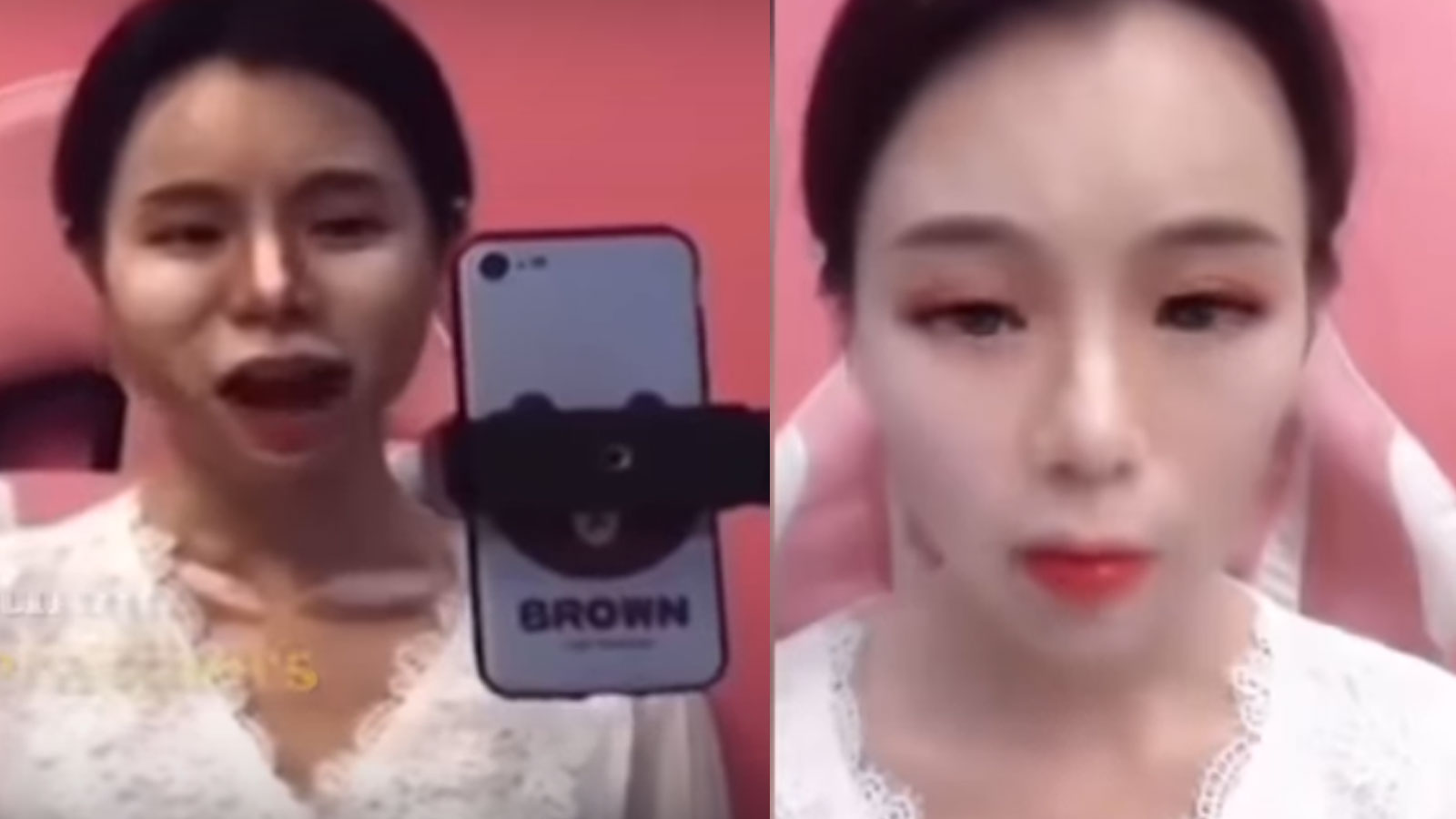 Streamers are adopting peculiar makeup patterns designed to look good—or at least achieve specific effects—when processed through app filters, reports the South China Morning Post. Some commenters are aghast at the supposed vanity and artificality of the youngsters doing the streaming, but it strikes me as very similar to old TV makeup from the black-and-white era. If the image is distorted, correcting the distortion becomes a science and manipulating it an art.