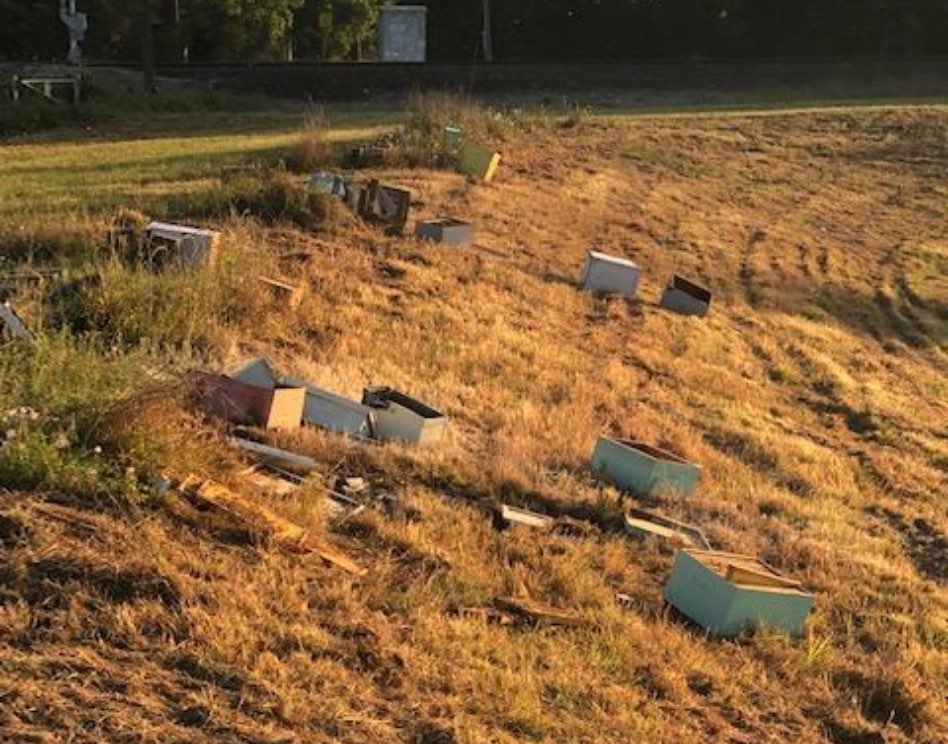 A species of giant hornets native to Asia, nicknamed “murder hornets,” with mandibles that look like spiky shark fins they use to bite the heads off honeybees. People who’ve been stung by these hornets say their venom and stingers feel like hot metal driving into skin.