Working with Trump destroys your reputation, but who cares? 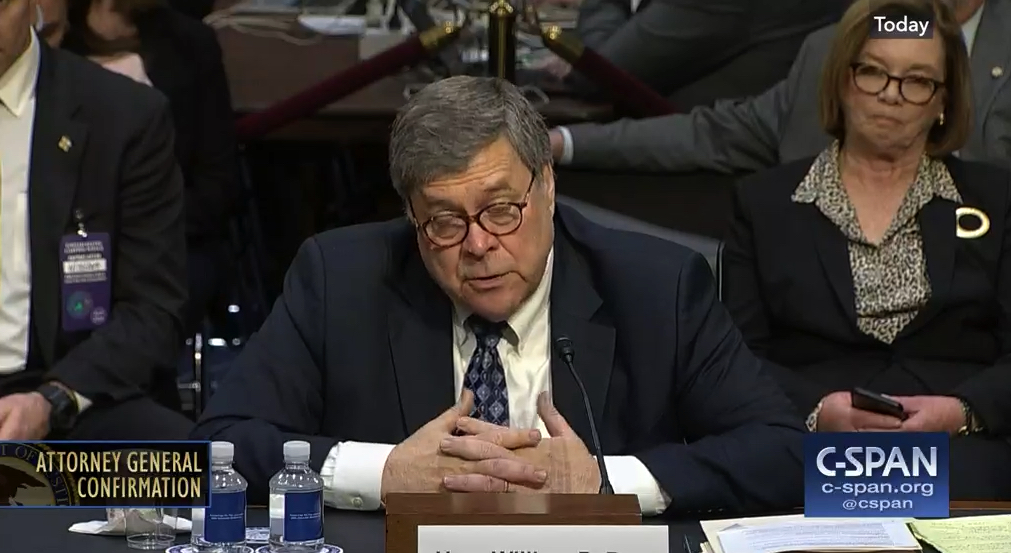 Attorney General Bill Barr, plainly described as a liar by the House Majority leader, is only the latest "respectable" Republican to disgrace themselves by association with Trump and Trump's political survival. Susan B. Glasser:

Barr’s whole performance, in fact, was so over the top, so Trumpian, that it immediately led to an array of tweets and op-eds wondering why Barr, a once-respected figure in conservative legal circles and a relatively uncontroversial Attorney General during the Presidency of George H. W. Bush, would choose to end a distinguished career in such a fashion. After all, Barr, like Graham, hadn’t even liked or supported Trump when he ran for President.

The most scathing take of all came from the former F.B.I. director James Comey, whose firing by Trump led to Mueller’s appointment. Writing in the Times, in a piece titled “How Trump Co-opts Leaders Like Bill Barr,” Comey posited that Barr’s conduct and that of others around Trump was a consequence of their having chosen to serve the President. “Amoral leaders have a way of revealing the character of those around them,” Comey wrote. “Accomplished people lacking inner strength can’t resist the compromises necessary to survive Mr. Trump and that adds up to something they will never recover from.” It doesn’t happen right away but over time, Comey wrote, in a series of compromises along the way. “Mr. Trump eats your soul in small bites.”

The thing we're describing as reputation (or Comey as "soul") is of no value to them because they don't care about what anyone thinks of them. "Reputation" doesn't attach to power. "Reputation" is an irrelevant system of honor gossipped about by a political media that no-one respects or likes anyway. Why would Barr care if he is seen to lie? Nothing will be done. What if everyone now pays attention? However many observers you multiply nothing by, it's still nothing.

From the cabinet down, they're consumed by the Fox News worldview: a two-sided battle for control of America that has no rules or values. You can't fight this by shaming them.