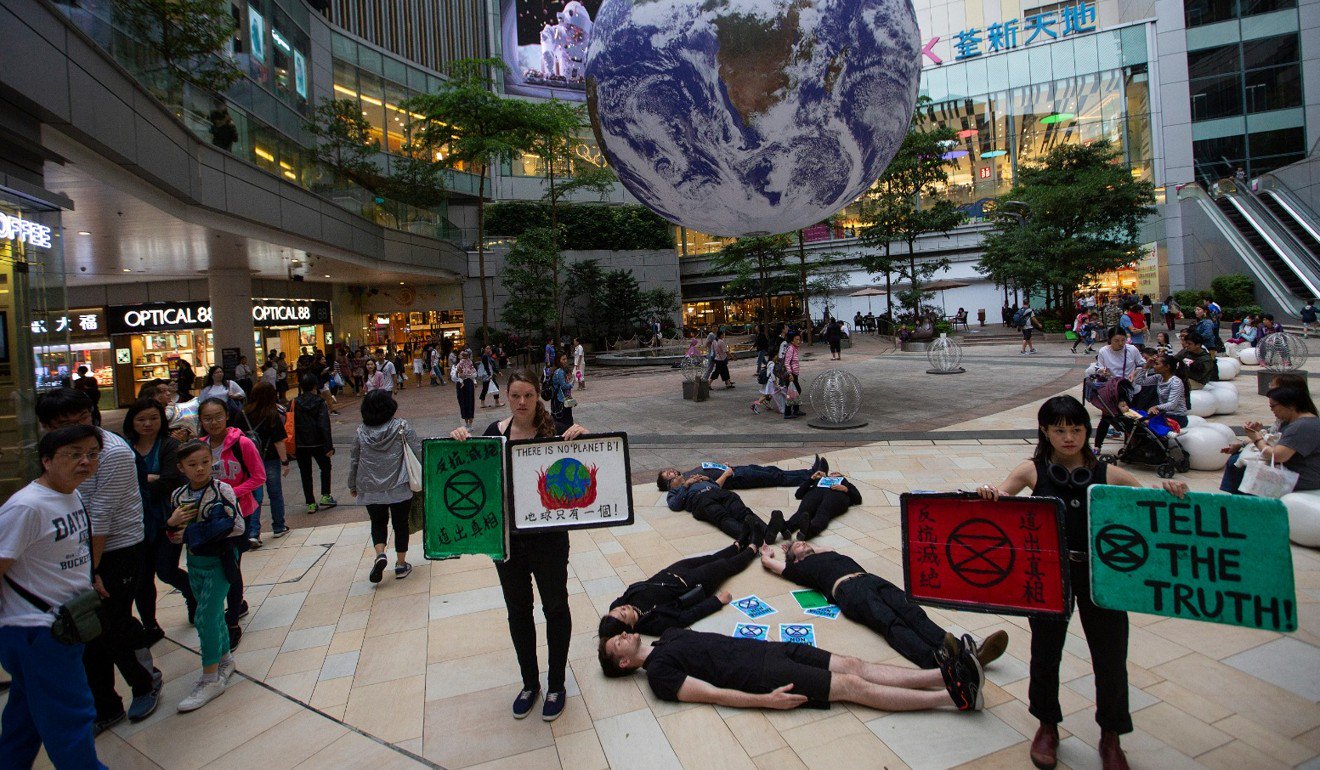 Three years ago, Hong Kong erupted as a youth-led anti-corruption movement called the Umbrella Revolution took to the streets; now, a chapter of the Extinction Rebellion movement has launched in HK.

Extinction Rebellion was inspired by the one-woman strike of Swedish teenager Greta Thunberg, who quit school to picket the Swedish Parliament over climate inaction; the movement has gone global, with mass civil disobedience and more than a thousand arrests in the UK alone (Extinction Rebellion has also put forth a slate of candidates for the upcoming EU elections; I have cast my vote by proxy for the slate, and donated to their campaign).

The HK chapter only numbers 40 people so far, a mix of foreigners working in HK, HK locals, and HK nationals who have returned from abroad. On May 4, the group inaugurated the HK chapter with a die-in outside Tsuen Wan's Citywalk mall. They are demanding that HK produce zero emissions by 2025.

The chapter went on to lead a mass school-strike and is planning tactical sit-ins at the airport and cruise terminal.

Delalande admitted his group’s demands may not be achievable, but made no apologies for that.

“Extinction Rebellion is not about what is possible, but what is necessary,” he said. “These urgent actions are absolutely necessary.”