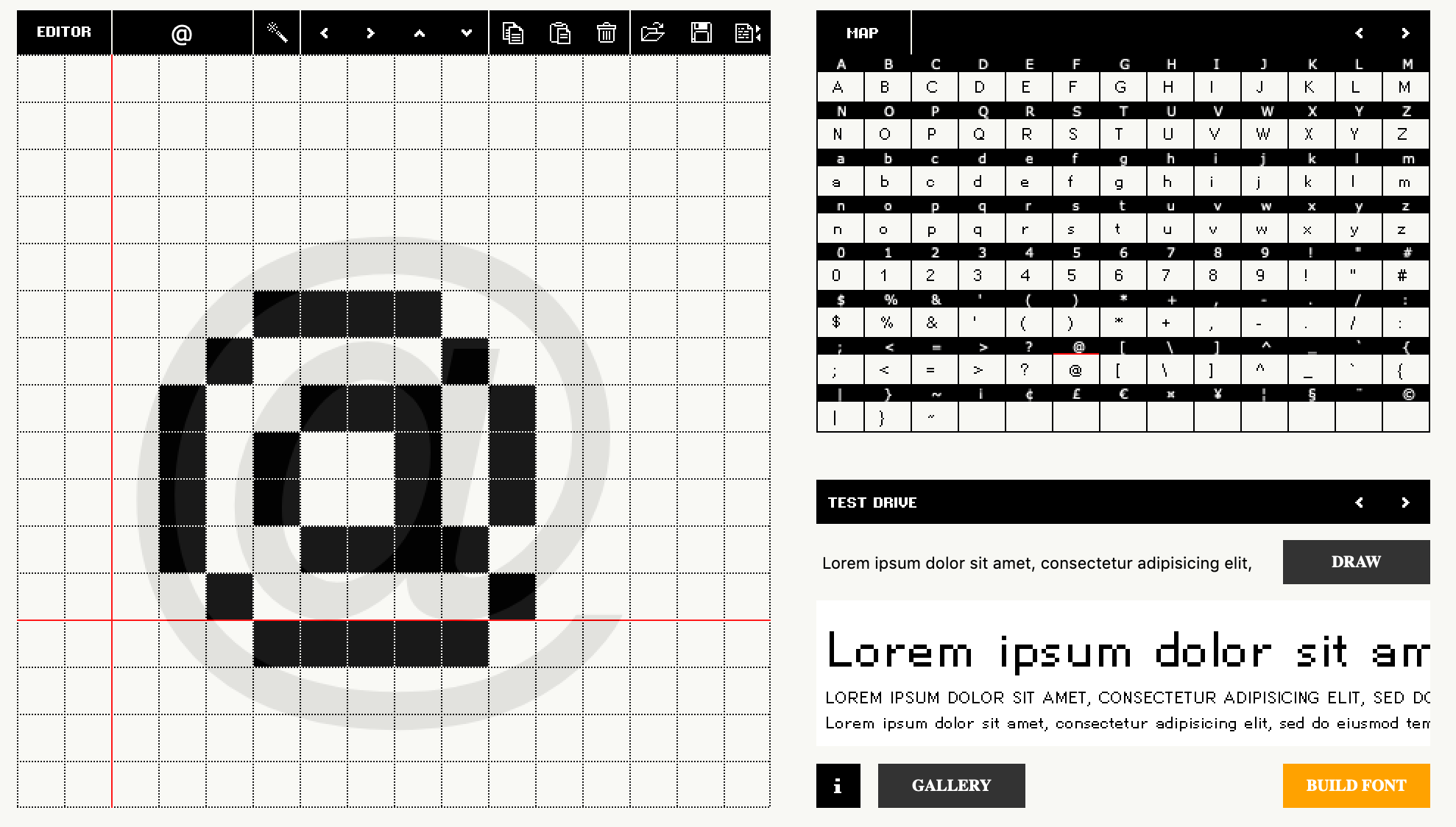 Bitfont Maker 2 is a free online app that lets you design and save pixelated low-fi fonts. You can import TTFs too, if you just want to edit an existing one. Be sure to check out the gallery.

Pissjar Sans is a free typeface evoking the unique letterforms of urine on cotton fabric. What’s remarkable about it is the fastidious attention to detail and workmanship evinced by type designers in pursuit of what could easily have been something dashed off and doomed to dafont.com obscurity. They really put their backs into it. HOW […]