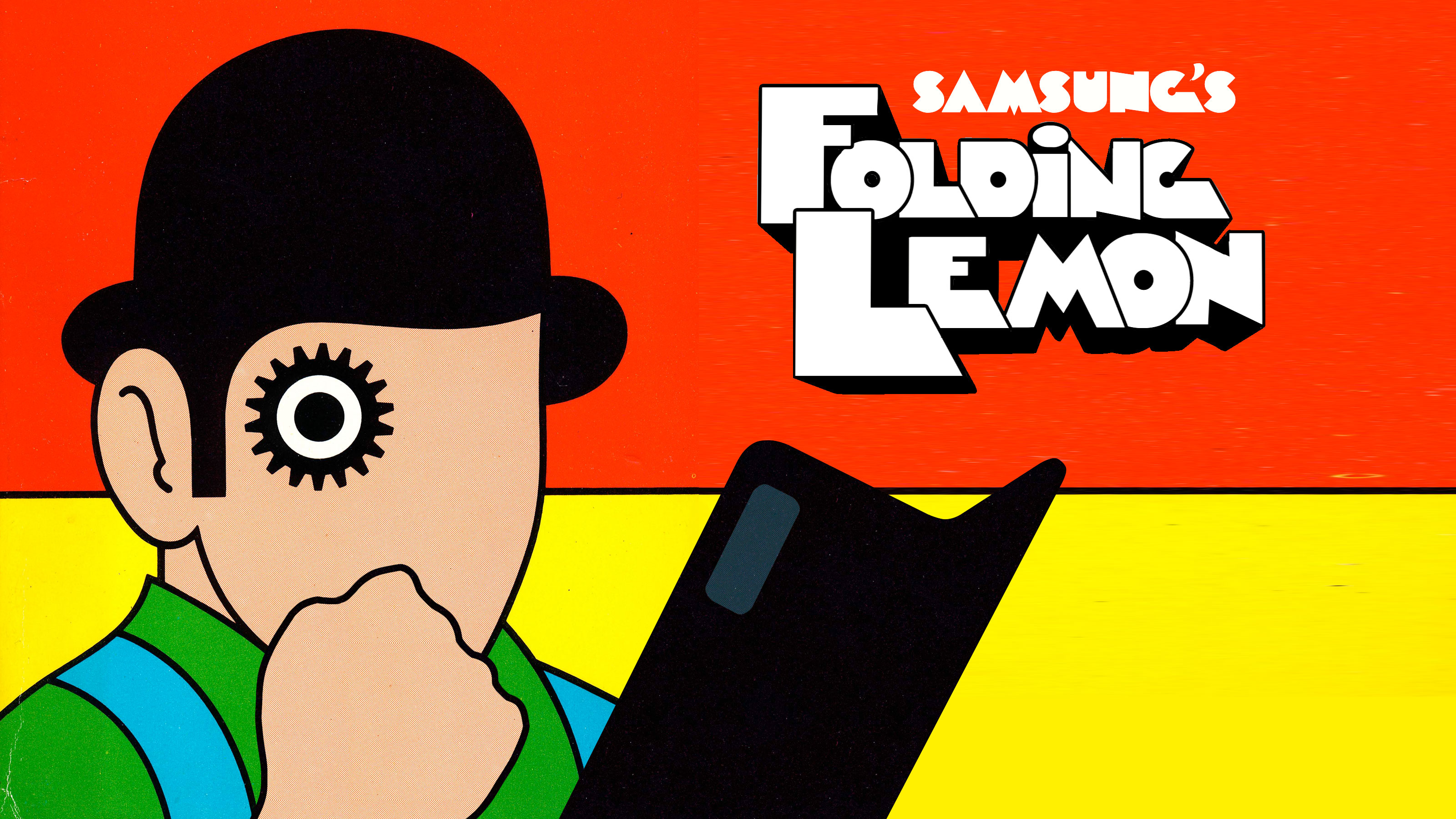 “Welly, welly, well, to what do I owe the extreme pleasure of this ganjy gadget? What’s it going to be then, eh?

There was me, that is Lexa, and my pelendus Pria, Georgina, and Dim, all sat in the So Milkbar with the package sent my way, safe of the rainy blacklight without. As everybody is fast to forget, newspapers not being read much these days, this thing is quite the jem, folding like a zagamine and opening up to play any viddytube or app.

A dayback marvel, as the literature has it, so here we are ignoring the sayjaylays at the bar in favor of this mystic slab. It was the jang, or so we were told, and two grand to boot.

Unspun from its box, the ol' android came on and the hardware was alive. Oh, jala, jala! Like a sheet of rarespun heaven metal or silvery wine flowing in a spaceship, gravity all nonsense now under my flicking and tapping fingertips. Gorgeousness and gorgeosity made flesh, flipping and folding, a wonder of wonders, even its music a cage of silk. Ah sa, my sisters, who well wanted a go and made grabby grabs at the magic machine.

"Over my baejae body girls," said I, recoiling and fending. There was yet a film on it, the protector that comes on all such things. Off I pulled this sheeting, daksal and slippy, as any would do. But within seconds there was a line and a flutter and then another and more. Barely able to see my googles I restarted the slab but still it was sad. Folding this way and that only the worse it got.

Soon I'm biting off my naily wails, knowing it must be returned by the fortnight to the PR peeps, having a total menbung in front of my mates over this machine.

With a most formal slap it went back in the boxy box and it was as if it were never before my eye. I may yet be inspired to do the ultra-violent on this nabbeny failbox. Money isn’t everything, but you have to admit my pelendus that two grannies is more than enough for nothing.

"What a mess, what a sellongy," said I, taking my cane and heading out into the grim night. "What sort of fool gets stuck with a folding lemon?" ㅠㅠ