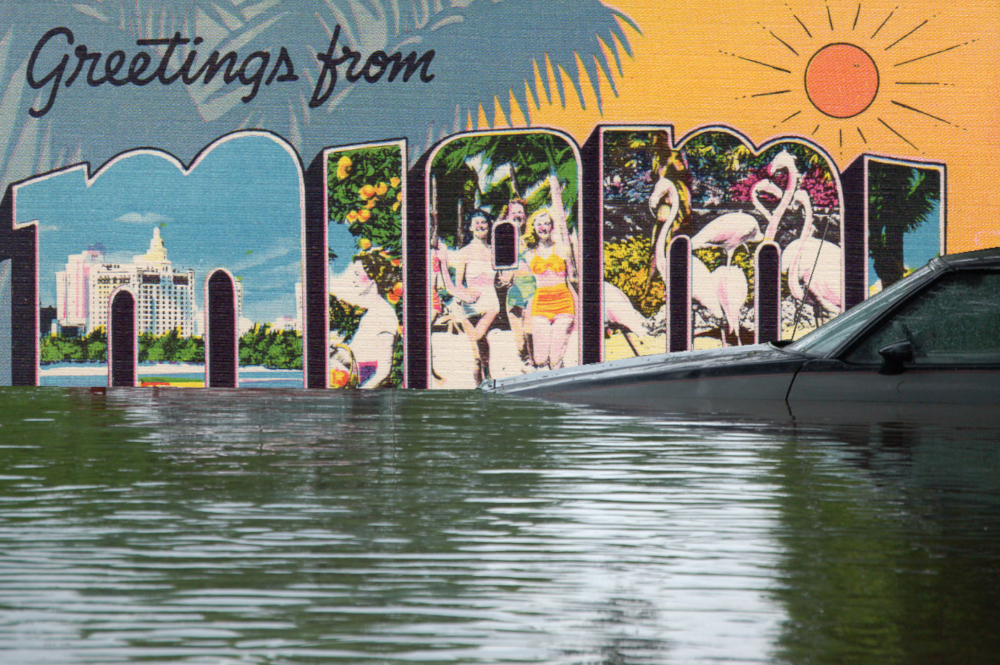 Paolo Bacigalupi's (previously) A Full Life is a new short story in MIT Technology Review that traces the hard young life of Rue, whose family has to move and move again as climate disasters destroy the places they try to make their homes: the water for their ecologically sound farm dries up, then Austin becomes unlivable when heatwaves spike rolling blackouts, then Miami is washed off the map by a string of floods that overwhelm the levees built to "American standards" that were cooked by US oil lobbyists, and then life in New York comes to an end when a global financial crisis wipes out the last family member with any money -- an uncle who was an investment banker who ends up losing all the money he made shorting Miami when the crash comes.

It's grim stuff, but it's also beautifully told -- and it's a tour through the many ways in which individual efforts to ensure the long-term habitability of the only planet in the known universe capable of sustaining human life are always going to be insufficient. Buried in this story about individual failures is a warning about the power of collective action.

It's also a story about the kinds of intergenerational resentments that Boomers are already starting to experience, as the many crises that are swirling around climate chaos (student debt bubbles, unaffordable housing, deindustrialization, elimination of worker protections and defined-benefits pensions, deconstruction of public services) detonate.

The good news is that -- as this story illustrates -- we have 100% employment for the next century in the form of rewarding, meaningful, important work on climate resilience, adaptation and remediation. The bad news is that -- as this story illustrates -- our economic system is totally incapable of creating those jobs, at least as it is presently construed. It's a perfect prequel to Kim Stanley Robinson's New York 2140.

Uncle Armando said the people in Florida deserved what they got.

“Those lame-ass seawalls! Some political appointee just made up the standards! That’s why Manhattan used the European standards. Say what you want about the taxes here, at least we don’t fuck around with our science.” He shook his head at the stupidity of Miami as he cut into his steak. “Of course they were fucked,” he said, gesturing with his fork as he chewed. “They were fucked from the moment they used those shitty American standards.”

“Please don’t say it that way,” her mother said, rubbing her temples. She hadn’t touched the meat on her plate.

“You know I don’t like it.” “Five cities are underwater, and you’re worried about my fucking language?” He laughed in disbelief. “The language is what bothers you?” He shook his head, gestured at her plate.