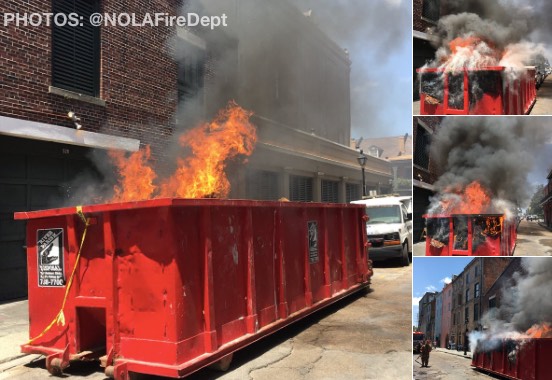 We needed these dumpster fire photos.

Got a feeling people are going to be meme-ing these up in their Photoshop-o-matics a lot, and if you do, maybe you could also donate to Friends of the NOFD to support their work protecting lives and homes in Louisiana's most spectacular town.

Folks have been protesting about our species’ slow turning of the knife deeper into the belly of Mother Earth for a long time now. However, once it became evident that it was a killing wound we inflicted on the environment, leaving us well and truly fucked, the protests escalated in size and numbers. Quickly. Kids […]

Back in 2017, the Norwegian Consumer Council published a damning report on the privacy leaks from kids' "smart watches," a parade of horrors that included allowing unauthorized third parties to trace your kid's location, and also to covertly eavesdrop through the watches' microphones and bark creepy orders at them through their speakers.