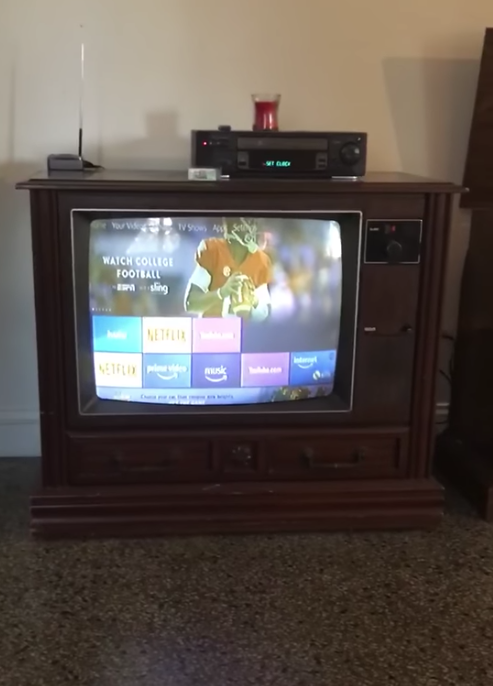 Thomas Martin Lewins V has done what they said was impossible. He's made modern technology work with old fashioned devices.

First, he installed Apple TV on his big, clunky floor console television and now he can watch TV apps, like Netflix and Hulu, on it.

Best Buy said it couldn’t be done. The internet said it was impossible. Eat my ass Best Buy, eat my ass internet.

HDMI to rca, rca to vcr, vcr to coaxial, coaxial to antenna.

After months of pulling my hair out and eating it. I present to you.

Then, he installed Alexa on a bunch of vintage devices around his house.

Might have went a little overboard on this one,

The police were called to my house twice for noise complaints. (worth it)

I present to you,

My colleague Jon Chase has a great new piece up on Wirecutter detailing some of the delightful ways he’s found to lean into his Dad Joke-ness and use Alexa to screw with his kids: I happen to be content with the number of times I’ve heard the song “Baby Shark,” and I feel no need […]