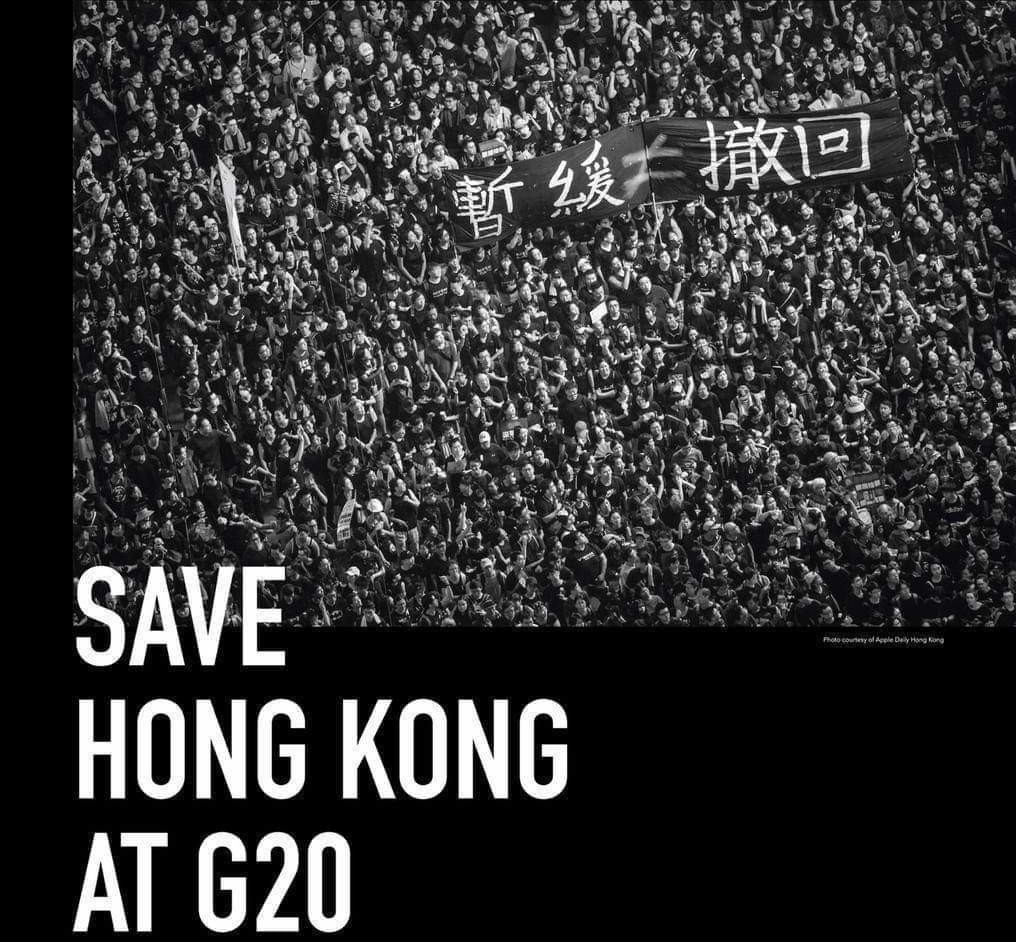 This month's #612strike uprising in Hong Kong achieved a provisional victory when the city's Beijing-friendly government shelved its plans to allow Hong Kongers to be extradited to the mainland to stand charges for political "crimes" -- but the protests, which are the largest in the island's history, are not over.

In addition to marching for the resignation of the city's top administrator, Carrie Lam, the protesters have repeatedly blockaded the police HQ, for hours at a time, calling for the release of comrades who were arrested in the #612strike marches. They have graffitied the building ("Hong Kong police dog headquarters") and hung banners from it reading "Release the prisoners."

Protesters are hoping to draw the attention of world leaders at the G20 summit in Osaka. The organizers of the demonstration from the Civil Human Rights Front have translated their materials into English, Japanese, Spanish, Mandarin, French, German, Indonesian, Korean and Italian.

Freedom HK crowdfunded from Hong Kongers to run full-page ads in several international newspapers ahead of the event.

During the rally, protesters chanted slogans such as “Withdraw evil extradition law”, “Free Hong Kong” and “We want genuine universal suffrage”, as guest speakers took turns on the stage to address the crowd.

The rally was led by the Civil Human Rights Front, the pro-democracy group that organised two mass marches and other events this month against the bill which would allow the transfer of fugitives to mainland China and other jurisdictions with which Hong Kong has no extradition arrangement.