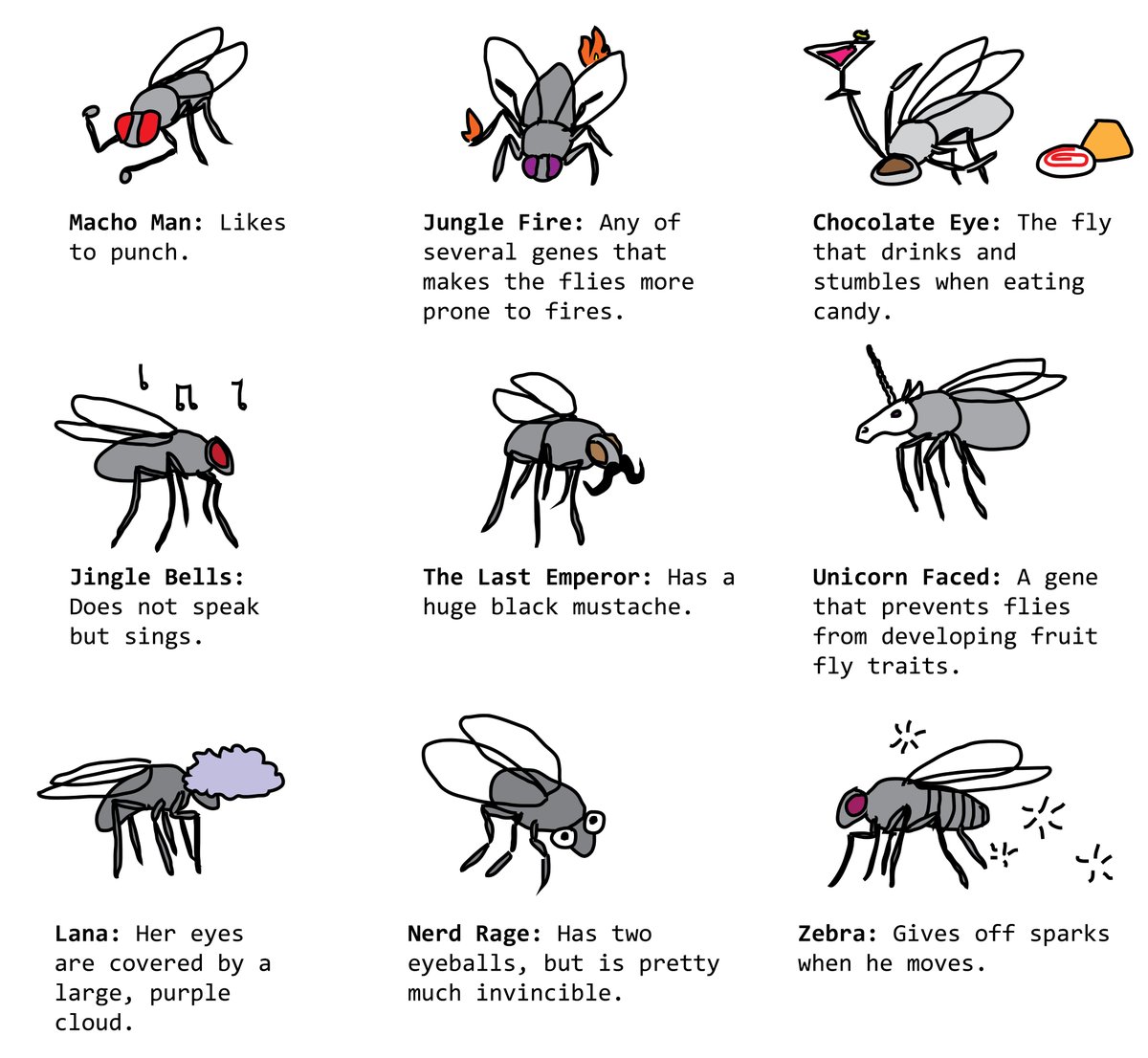 Janelle Shane, harbinger of the generative apocalypse, presents mutant fruit flies invented by a neural network: "Nothing to worry about."

I knew that fruit flies are a mainstay of research labs, but I had never given them much thought until Prof. Greg Neely emailed me to point out how weird the names of mutant fruit flies are. There’s a strain of mutants called “Out Cold” where the fly loses motor coordination below a certain temperature, and another nicknamed “Moonwalker” that walks backwards. Could a neural network learn how to invent new names and mutations?

An unsettling reminder that science fiction isn't a prediction, but the present placed in uncanny focus.

P.S. AI Weirdness is proof that blogging is still great)

“What I saw before the darkness” shows a human face created by a generative adversarial network, next to the neural memory map representing it. Neurons are removed, and as they go the face loses detail, becomes vague, and finally decays to something that may speak ill of the machine and the mankind that made it. […]