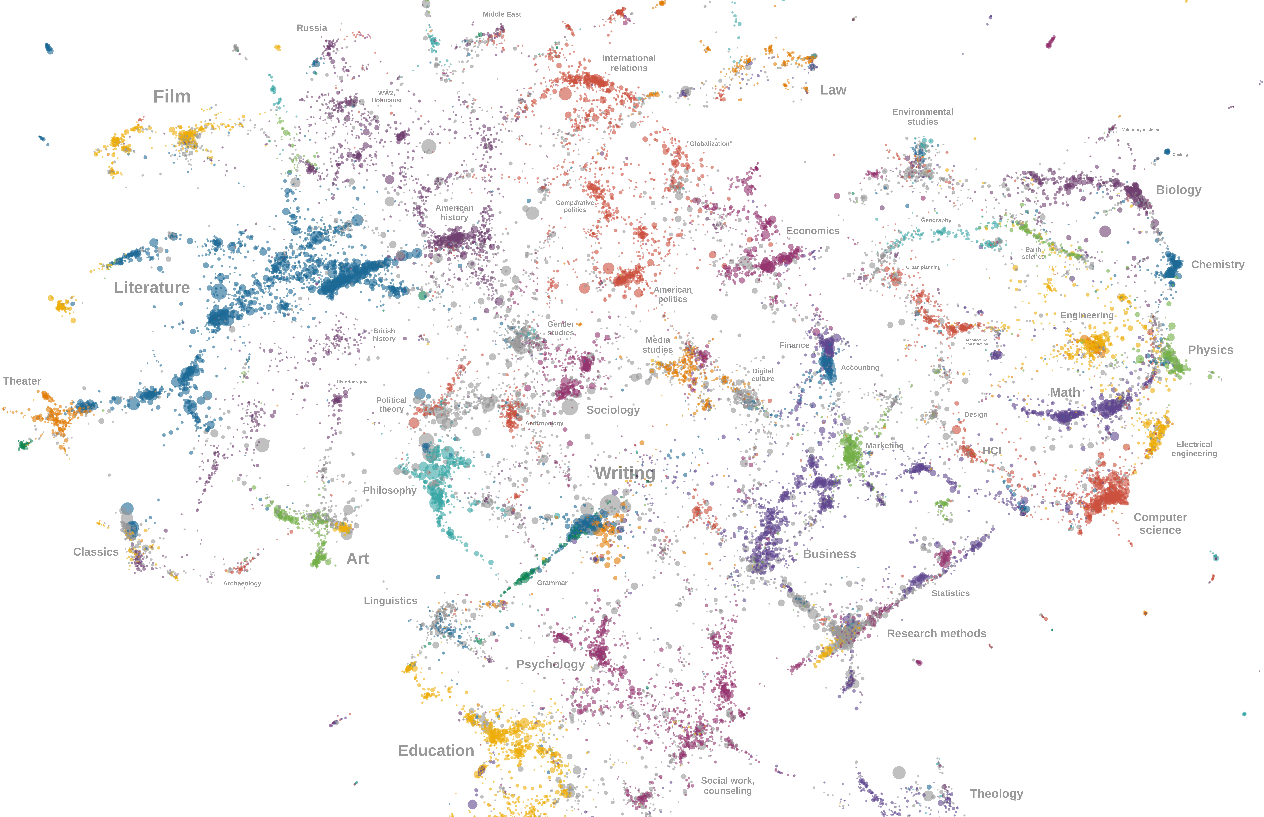 Joe Karganis writes, "This is the 'Co-Assignment Galaxy' created by David McClure. It maps the top 160K titles in the new Open Syllabus 2.0 dataset, based on the frequency with which those texts are assigned (reflected in the size of the dot) and assigned together (reflected in the location and clustering of the dots). It's US centric given the composition of the syllabus collection, but also a unique representation of human knowledge as a collective, connected project.