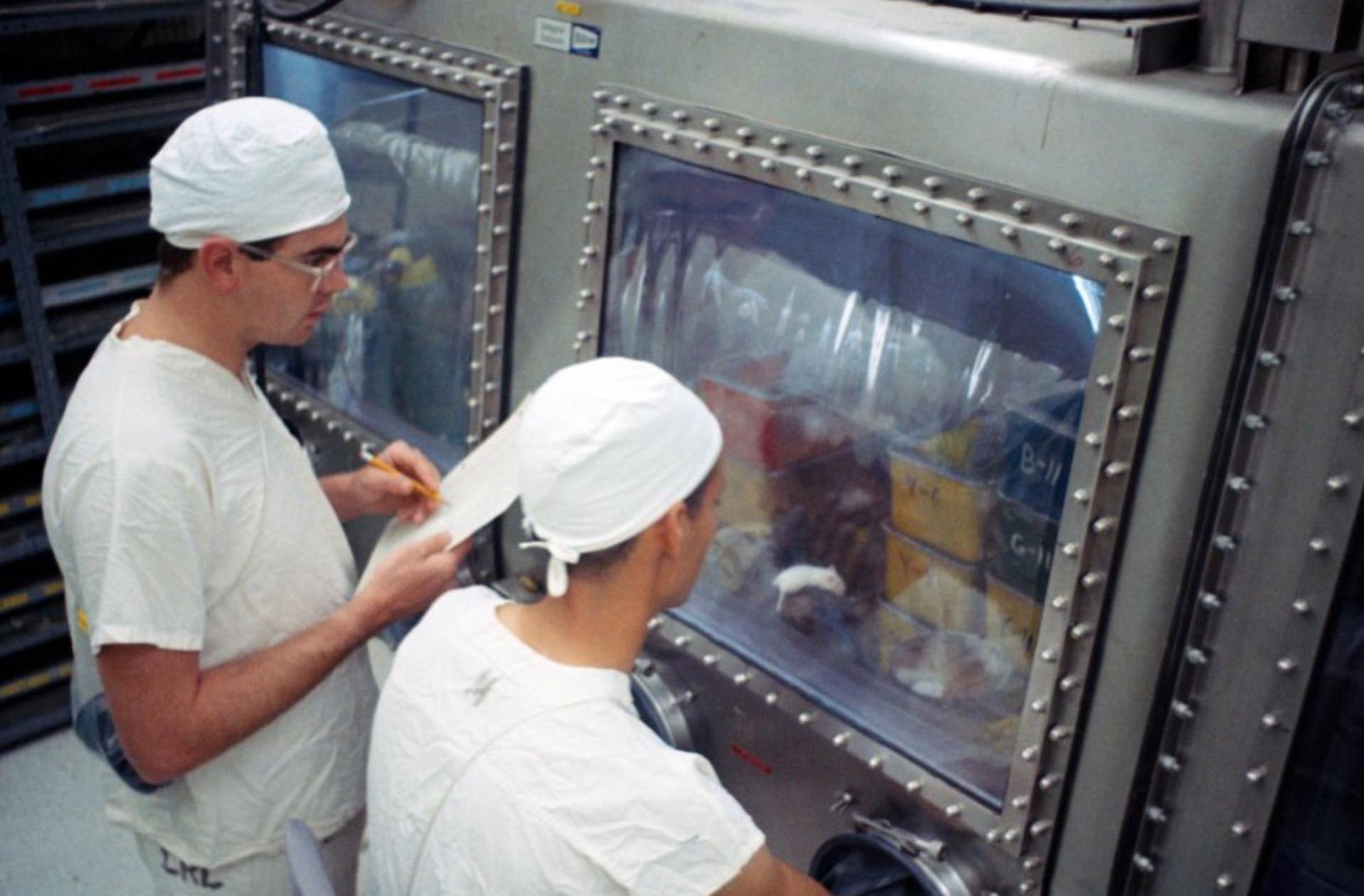 When the Apollo 11 crew brought home a big stash of moon rocks in 1969, NASA scientists immediately kicked off a series of carefully-planned tests to ensure that even tiny amounts of lunar dust wouldn't be bad news for Earth's biosphere. "We had to prove that we weren't going to contaminate not only human beings, but we weren't going to contaminate fish and birds and animals and plants and you name it," said Charles Berry, who was in charge of medical operations for the Apollo missions. From Space.com:

First, NASA chose the species it would use. In addition to the mice, the agency and its partners also selected other representative species: Japanese quail to represent birds, a couple of nondescript fish, brown shrimp and oysters for shellfish, German cockroaches and houseflies for creepy-crawlies, and more....

Then, the agency tapped into its precious cache of 49 lbs. (22 kilograms) of newly delivered lunar material. Scientists ground everything to dust, half of which they baked to sterilize and half of which they left as it was. The prescription varied a little with animal type: mice and quail got the lunar sample as an injection, insects had the sample mixed into their food and aquatic animals had the moon dust added to the water they lived in.

NASA watched the menagerie for a month in case anything seemed to suffer from the lunar exposure. The German cockroaches that were fed moon dust — true to the insects' reputation — thrived despite the exotic diet. And all the animals did well, with one glaring exception: Whether in lunar water or not, many of the oysters died, which the scientists chalked up to having tested animals during their mating season.