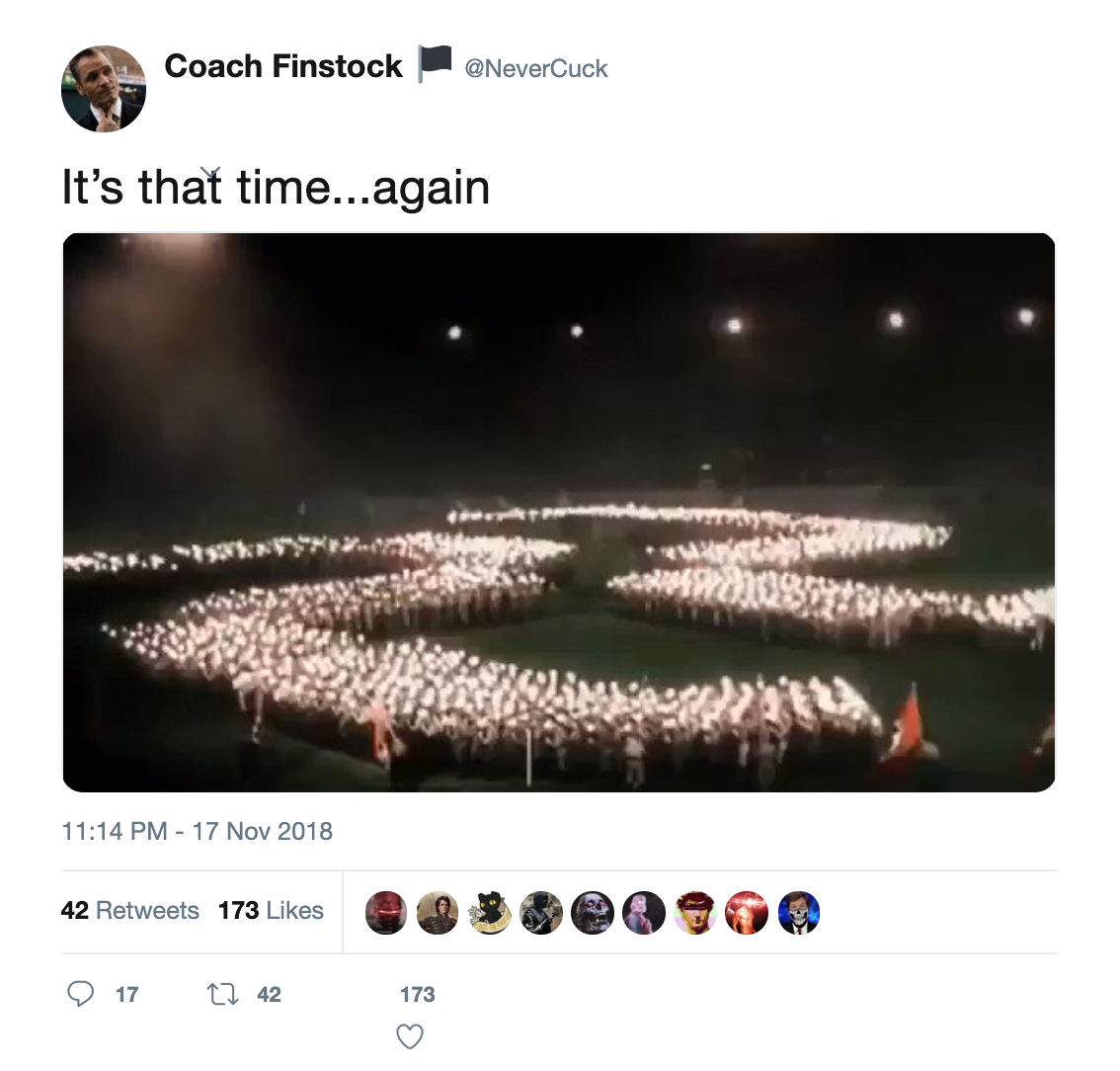 The Southern Poverty Law Center's Hatewatch makes a compelling case linking US Bureau of Energy Resources foreign affairs officer Matthew Q. Gebert with a series of violent white nationalist identities that have advocated acts of terror within in the USA and have been involved with recruiting for and promoting white nationalist terror organizations.

In addition to building the case linking Gebert and Vuckovic with white nationalist campaigns, Hatewatch assembles a dossier of statements that the Coach Finstock and Wolfie James pseudonyms have made and activities they have participated in, including Holocaust denial, glorifying Nazi soldiers, advocating for ethnic cleansing of non-whites from the USA, advocating for convincing US cops and soldiers to join a traitorous white nationalist movement, spreading antisemitic and anti-Black conspiracy theories, and glorifying mass-murderer Dylan Roof. The Coach Finstock identity is the organizer and leader of a DC-area neo-Nazi group called the "DC Helicopter Pilots," which is affiliated with Michael Peinovich's The Right Stuff network, a white nationalist movement.

Gebert has worked for the US State Department since 2013 and is an alumn of George Washington University's prestigious "presidential management fellowship" program.

The two sources who attended the dinner with Irving recalled that approximately 12 guests, including Gebert and Vuckovic, sat along a rectangular table with Irving in a private room at a hotel in the Washington, D.C. area. The sources recalled conversation topics that were overtly antisemitic, including the “Jewish question,” which loosely refers to the false belief that Jews secretly control the world through acts of nefarious manipulation.

One of the two sources who attended the dinner with Irving forwarded an email invitation for it to Hatewatch, indicating that it was held at a restaurant called Nage Bistro at the Courtyard Marriott on Rhode Island Avenue in Washington, D.C. Nage Bistro is permanently closed, but Yelp reviews indicate that it was open when the Irving dinner took place on June 17, 2017. “Please keep the above strictly confidential,” Irving writes in the invitation after relaying the date, time and location. The invitation is signed by Irving.

Irving, in an email to Hatewatch, said, “There was one gentleman, whom I will not name, that could have been from State.”