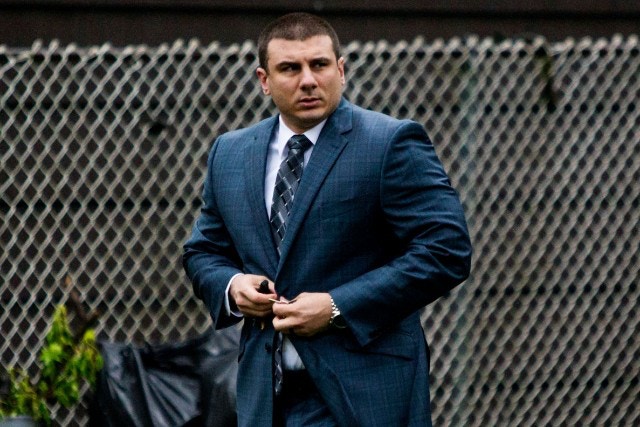 Five years after Eric Garner’s death, his killer, police officer Daniel Pantaleo, has been fired. The Daily Beast was first to report the news, citing a senior law-enforcement official.

New York City Police Commissioner James O’Neill will announce on Monday that NYPD officer Daniel Pantaleo has been fired, the official said. O’Neill terminated Pantaleo, 34, after it was determined he violated department policy by restraining Garner with a prohibited chokehold in 2014.

An administrative judge previously recommended Pantaleo’s termination following an internal disciplinary trial. The judge, a deputy commissioner, found Pantaleo was “untruthful” during interviews with investigators and had “recklessly used force” during the fatal encounter.

Pantaleo had not faced official sanction for his actions until now, only being placed on desk duty. The Justice Department in July declined to charge Pantaleo with violating Garner’s civil rights. A Staten Island grand jury in 2014 declined to indict Pantaleo.

New: Pantaleo will appeal the decision under article 78.

Police mistakenly pull black family out of car at gunpoint, put them on ground in handcuffs

Aurora PD handcuff and held family at gunpoint. pic.twitter.com/GkTWKFZqkI — Joshua Rodriguez (@Joshuajered) August 3, 2020 On Sunday, police in Aurora, Colorado spotted a car with a license plate number that matched a stolen motorcycle, so they sprang into action. Guns drawn, the white cops forced the occupants — a young black mother and four […]

Hitting newsstands August 11 is the first Oprah-less O magazine cover. Oprah Winfrey gave up her cover spot for the first time in the magazine’s 20-year history to honor Breonna Taylor, the 26-year-old who was killed this past March by Louisville police officers. Here is part of her explanation on why she put an illustration […]

Ammon Bundy, of all people, explains why he stands in solidarity with Black Lives Matter

Ammon Bundy — the radical Mormon separatist who lead the armed takeover of the Malheur Wildlife Refuge back in 2016 as a sort-of protest against an admitted arsonist who had already agreed to serve prison time, but I digress — has pledged his solidarity with Black Lives Matter. Or at least, he’s in favor of […]