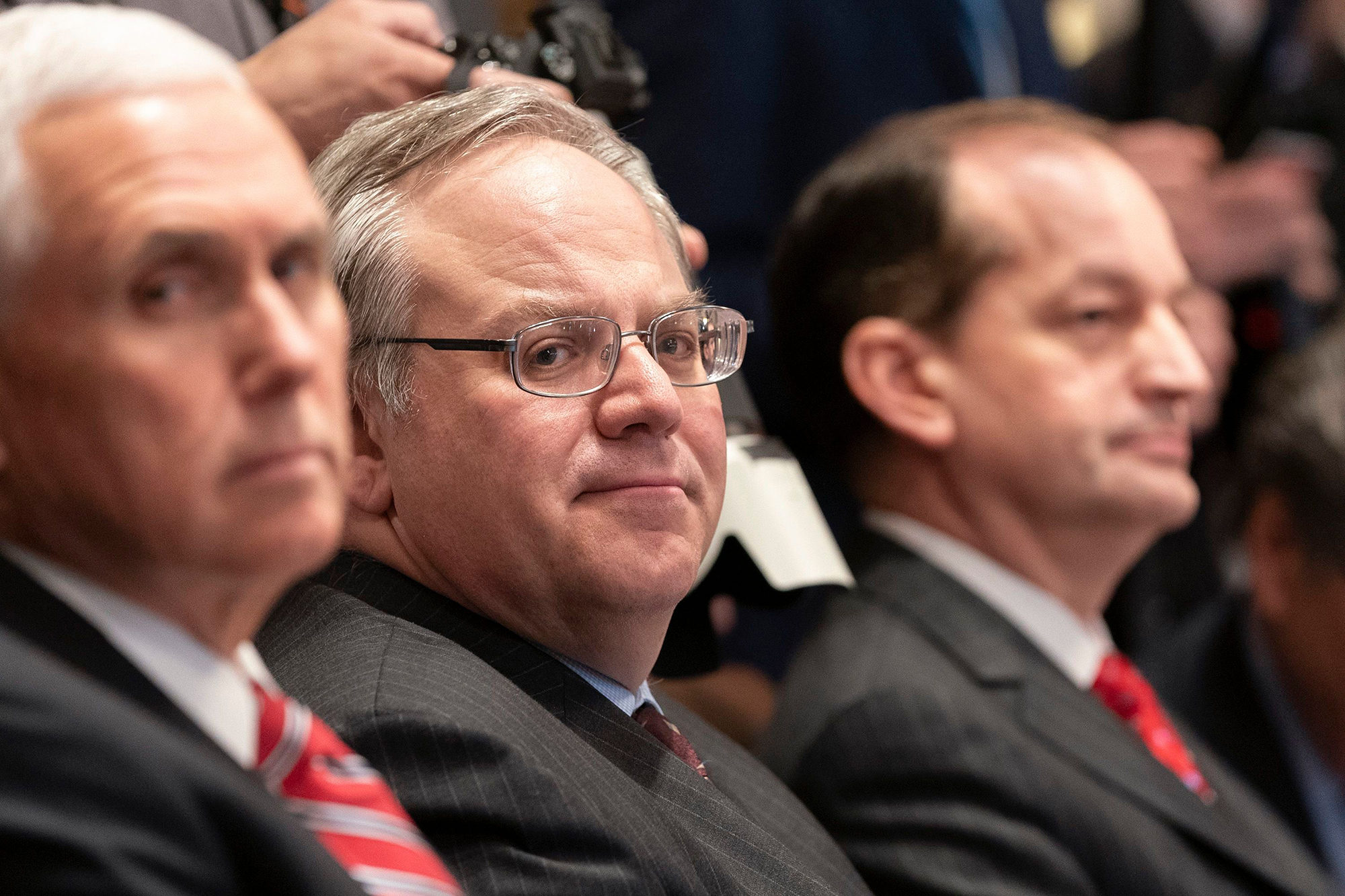 US interior secretary David Bernhardt is pushing a fossil fuel project that the lobbying firm he used to work for is getting paid from, these e-mails in a Guardian report today suggest.

Bernhardt worked at the Brownstein Hyatt Farber Schreck before he quit to join the Trump administration in August 2017.

Here's an excerpt from one of the leaked emails.

Experts say Bernhardt is probably violating ethics guidelines issued by the Trump administration with the stated goal of “draining the swamp”. Based on these rules, Bernhardt should be recused from specific issues involving a former client for at least two years.

The Jordan Cove Energy Project was proposed by the Canadian energy giant Pembina to transport fracked natural gas through Oregon to the international port at Coos Bay in the state. It would include a new 232-mile pipeline that passes through several dozen miles of interior department land.

Several county commissioners from Colorado, where much of the gas is fracked, met with Bernhardt in Washington DC to boost the project in March. They included Mike Samson, Bernhardt’s former high school teacher.

“Awesome time in DC he is totally behind the project and has people working on it towards completion,” Samson wrote concerning Bernhardt in a 7 March email to Ray Bucheger, a Jordan Cove lobbyist with the firm FBB Federal Relations. “He recognizes that time is of the essence and that meaningful progress needs to [be] made this year.”