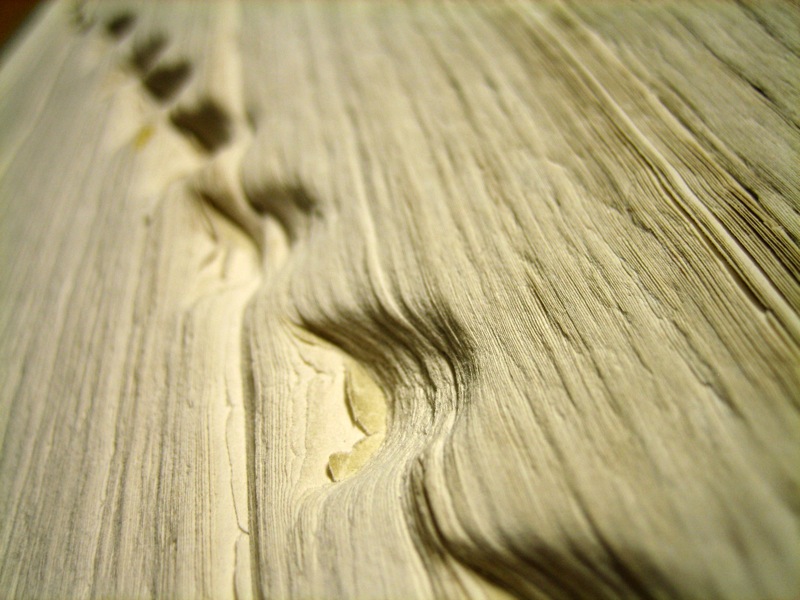 Austin Kleon with some excellent advice: "Go to Goodwill and buy a gigantic used paper dictionary for $5 and keep it on your desk."

When you’re looking for a word to replace a word in your writing, John McPhee suggests skipping the thesaurus and going straight to the dictionary: "With dictionaries, I spend a great deal more time looking up words I know than words I have never heard of—at least ninety-nine to one. The dictionary definitions of words you are trying to replace are far more likely to help you out than a scattershot wad from a thesaurus."

The dictionary not only gives you a gives you a list synonyms for the word you’re looking up, it also gives you a deeper understanding of the meaning of the word, and sometimes the definition can lead you to a better way of phrasing altogether. (Stephen King: “Any word you have to hunt for in a thesaurus is the wrong word.”)

There are benefits to spending a little more to grab a copy of the Oxford Dictionary of English or Merriam-Websters; note that the ODE is not the OED [Amazon] which is on another level of logophilia entirely. Get it as well.

Glasgow-based Collins Dictionary has chosen their 2018 Word of the Year: single-use. The adjective meaning “made to be used once only” beat out the abbreviation VAR (“video assistant referee”), floss (the dance, not the dental product), gammon (a white, angry male who supports Brexit), and plogging (a Swedish activity that involves jogging and picking up […]