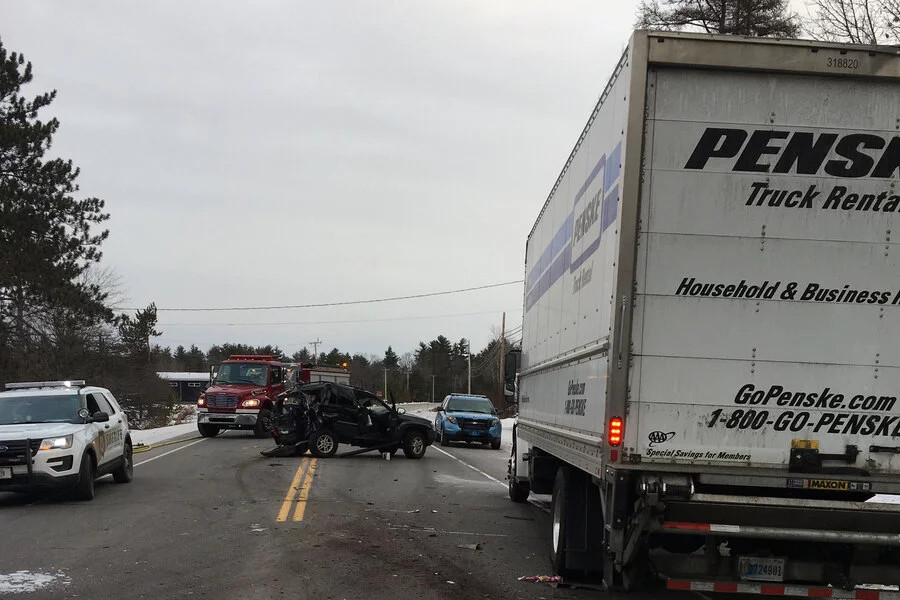 Amazon's got a tried-and-true way to deal with the negative consequences of high-speed ecommerce logistics: use subcontractors who can absorb the blame for the human toll wrought by the machine-like pace it demands of its workers.

Until ow, the majority of attention has been on the conditions in Amazon warehouses, from the humiliating searches to the punishing physical labor to limits on things like bathroom breaks. True to form, Amazon's boilerplate response to the deaths and injuries (and lesser evils like wage theft) at these facilities has been to blame contractors and subcontractors for cutting corners.

Now, a masterful, long, deeply researched Propublica/NYT investigation shows that the same pattern has been manifested outside of Amazon's warehouses, on our city streets, where the pressure to meet unrealistic delivery promises has led to an epidemic of deaths and injuries to Amazon drivers and the bystanders who happened to get in their way.

These drivers are classed as contractors or subcontractors by Amazon, though the company retains the right to blacklist disfavored drivers, and uses an app to minutely schedule and direct the work of these "independent contractors" who are expected to indemnify Amazon for damages arising from the people they kill on the road. Many of the contractors providing delivery services to Amazon only have one customer: Amazon.

To aid in these layers of obfuscation, Amazon has fought local ordinances that require drivers to affix signs to their vehicles identifying them as Amazon delivery vehicles, leaving the dead and injured to imagine that they were run over by some rando in a Penkse rental box-truck.

Amazon either doesn't know or won't say how many people their drivers have killed, and the company's secrecy makes it hard to independently arrive at a figure.

But Amazon does provide training materials to drivers: these thin booklets and their accompanying videos barely mention "defensive driving" and are mere figleafs when compared to the extensive training that rivals like UPS provide to their drivers, which run a gamut from classroom instruction to VR simulators.

Amazon has rolled out its own fleet of vehicles with proprietary livery, but this development has not been attended by any kind of remediation for the "independents" who still do the majority of Amazon driving, in the form of better vehicle identification, better training, or indemnification systems that would allow the victims of these contracted drivers to be justly compensated for their injuries.

In lawsuits, people injured in crashes and drivers in wage disputes have argued that Amazon retains so much control that it effectively is the drivers’ employer.

To counter that argument, Amazon says the contractors hire and fire their own drivers. Yet work orders and the court testimony of an Amazon manager reveal that Amazon can demand that contractors bar particular drivers from its delivery force. It directs and tracks drivers’ routes. And Amazon is the sole client for many contractors.

The leverage Amazon holds over its delivery contractors was at the heart of bankruptcy proceedings for one such company, Tenet Concepts, last year in Fort Worth, Texas. Tenet formed in 2015 just to serve Amazon. The retailer paid a flat rate for each of Tenet’s delivery routes, which the contractor used to pay 300 employees, records show.

Then some drivers sued, alleging that Tenet had failed to pay them fairly. The drivers also sued Amazon, saying the online retailer was also their employer and that it, too, owed them money.

Tenet filed for bankruptcy protection, saying it couldn’t afford the anticipated $800,000 in legal costs to defend itself and, as required under its contract, Amazon. The bankruptcy judge, Russell Nelms, questioned why Tenet should have to pay for the defense of Amazon, when the critical issue was whether Amazon was the de facto employer.

Regardless of any indemnification provision, the judge said, “I think that’s an issue that Amazon on its own has to step up and defend, doesn’t it?”

The Deadly Race [Patricia Callahan/Propublica and The New York Times]