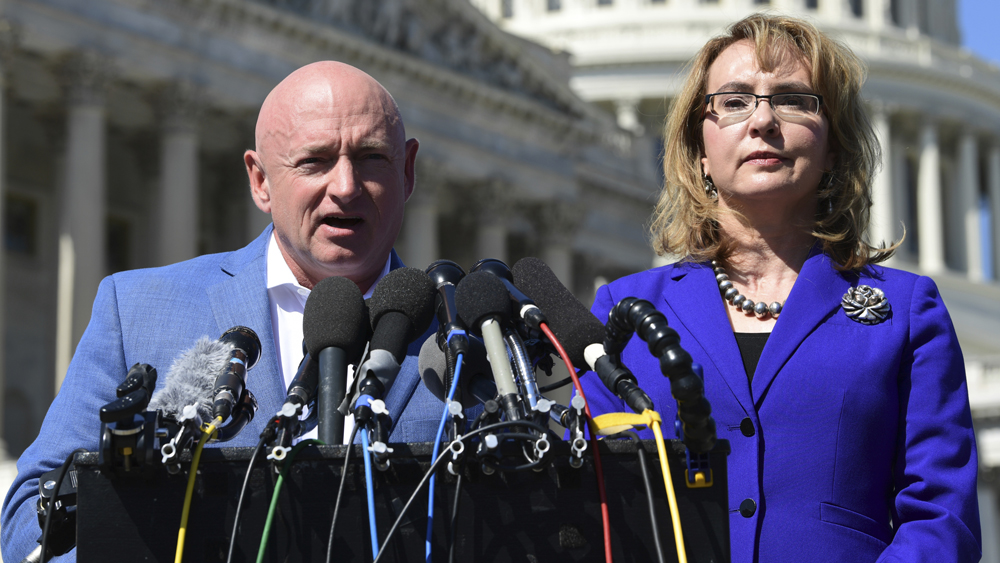 The Arizona Republican Party's chairman said in a fundraising email today the GOP will stop astronaut and Democratic Senate candidate Mark Kelly “dead in his tracks.”

Among the many things that are wrong with the GOP chair's email: Mark Kelly is married to Gabrielle Giffords, a former congresswoman who lives with traumatic brain injuries after surviving an assassination attempt in which the gunman killed six people.

“Support the Republican Party of Arizona today and, together, we’ll stop gun-grabber Mark Kelly dead in his tracks,” Kelli Ward wrote in an email obtained by The Washington Post.

The stark wording from Arizona GOP chairman Kelli Ward was directed at former astronaut Kelly, whose wife, former Representative Gabby Giffords, was shot in the head and severely wounded in a mass shooting in 2011 while meeting with constituents. Six people were killed in the attack and more than a dozen others were wounded.

The email cites Kelly’s statement in a 2015 CNN interview that “where there are more guns, people are less safe.”

“Support the Republican Party of Arizona today and, together, we’ll stop gun-grabber Mark Kelly dead in his tracks,” Ward said.