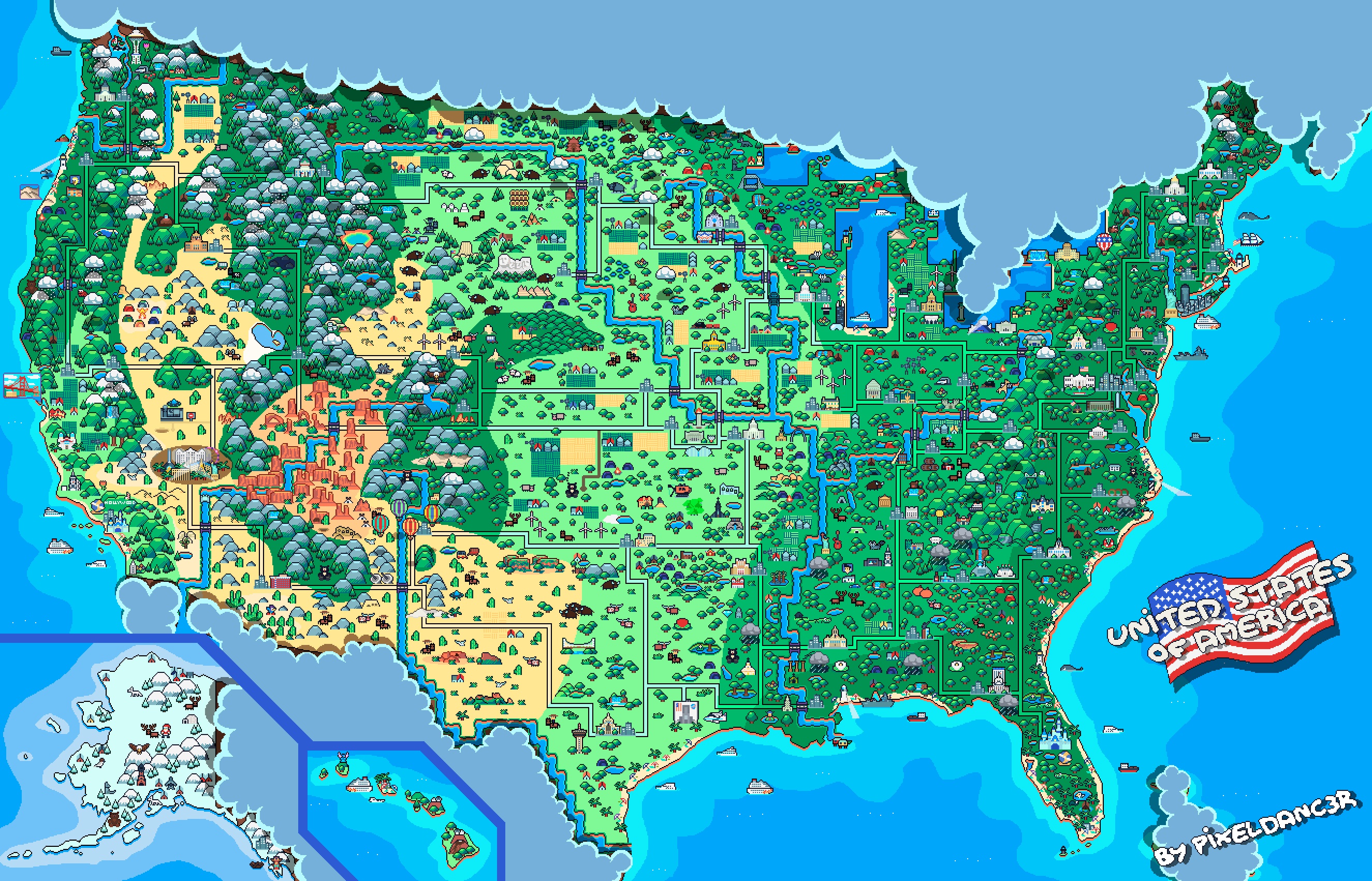 USA PIXELART MAP!!
Thank you very much to @neomammalian for the support and give me this opportunity!! ?