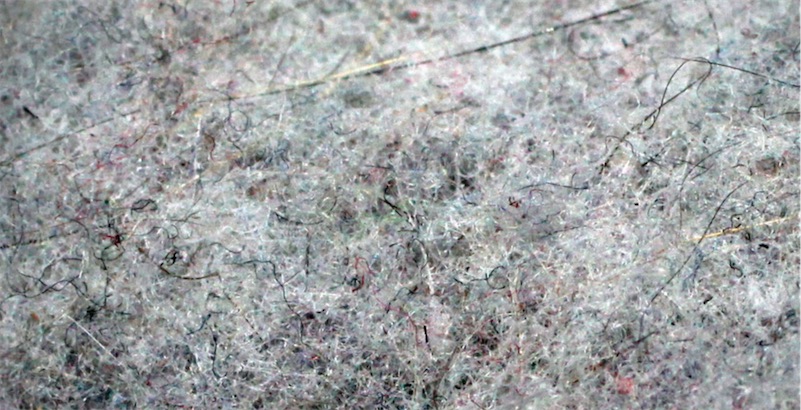 According to new research from Penn State Behrend chemist Sherri Mason, 60 percent of the microplastics in our freshwater comes from laundry lint making its way from your washing machine through wastewater treatment plants. From American Scientist:

As we clean our clothing, sheets, and towels, tiny threads—commonly called microfibers—break off and wash away. To better understand how microbeads and microfibers—collectively making up microplastics—move through the Great Lakes and other freshwater systems, we wanted to understand whether they are removed at wastewater treatment plants.

After collecting and analyzing 90 samples taken from 17 different facilities across the United States, we confirmed that microplastics travel through wastewater treatment plants. On average, each wastewater treatment facility was releasing more than four million pieces of microplastic into U.S. waterways every day: 60 percent fibers, 34 percent beads, and 6 percent films and foams. With 15,000 such facilities in continual operation around the United States, billions of microplastic particles are finding a pathway through our wastewater from our homes to the fresh water we rely on.