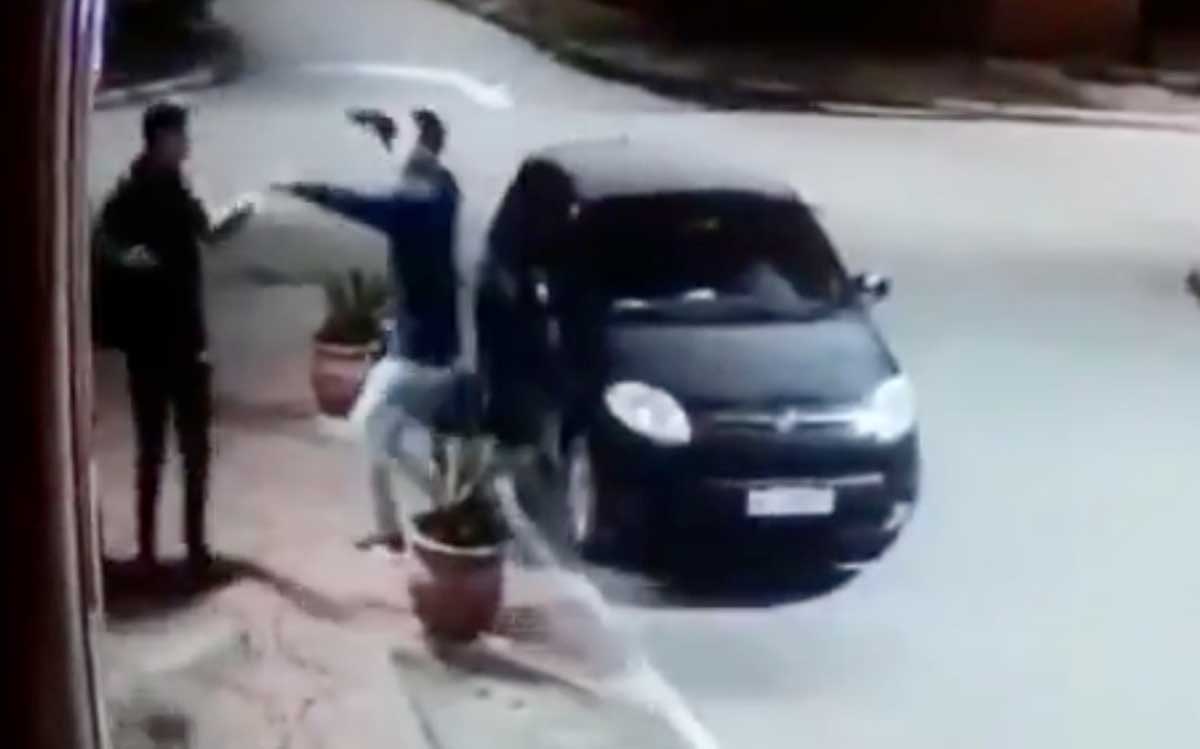 This security cam video was taken at night in a street in Argentina. We see a man press a doorbell when two people on a motorcycle  arrive. The rider hops off, draws a pistol, and aims it at the man's head. It takes a couple of seconds for the robber to realize that his would-be victim is a friend. The pair share a warm embrace before the robber hops on the motorcycle and rides off. The commotion wakes a dog on the sidewalk.

Only in Argentina.
Robber realized that it was robbing his friend pic.twitter.com/AmUyRcgLLm