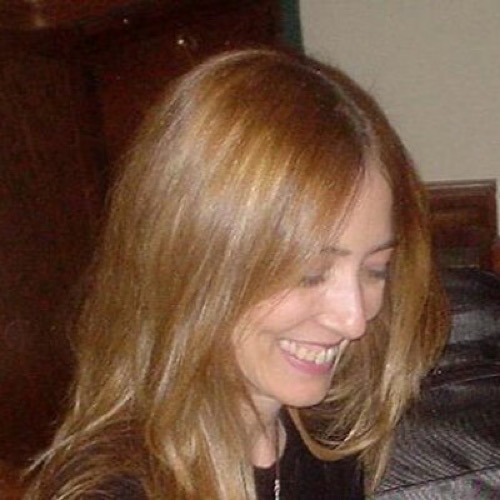 In this week's Cool Tools Podcast episode, Kevin Kelly and I talked to Boing Boing co-founder Carla Sinclair. Carla is an author, freelance writer and editor. She's written 5 books, including Girl Genius, which will be released in November.

BYU Online Japanese course
I take a course through Brigham Young University. It's their online independent study. They teach tons of foreign languages. I've been studying Japanese. I'm on my second year. They're really supposed to be semester classes, but luckily they give you a year, and I take it every day of that year. And then I also pay for a three-month extension, so it takes me about 15 months. But you can take either university or high-school-level classes, and if you are in high school, you can get credit for them and the same with the university classes. I don't do it for the credit. The reason I chose BYU is because our daughter, Jane, who's 16, wanted to study Japanese for her high school credits, and her school doesn't offer it. So we did a lot of research, and BYU is one of the only universities we could find online classes that offers credited high school classes. After I took the first semester, we went to Japan, and I was able to converse. I could order in restaurants, and I could go to a shop and ask how much something is, although I tend to forget almost everything as soon as I start speaking to someone. I felt pretty comfortable, but I couldn't have a conversation with anybody yet, nothing more than just asking for things and telling someone what I like. You're quizzed on each unit by having to speak to them and answer questions and have prepared stories that you say in Japanese. At the end of the course when you're about to do your final, your final exam is actually proctored. You have to go somewhere. I had to go maybe about 10 or 15 minutes away to a place to have someone proctor the test for me.It's $270 a semester. If you take their university-level class, that's a lot more. That's like $790 or something like that.

Duolingo
I like Duolingo as kind of a complimentary way to learn with Brigham Young. Duolingo is popular. I think a lot of people already know what it is. Duolingo has like 90 different languages. For English speakers, it's around 34 languages. But then for people speaking other languages, they can learn English and Spanish and French and all the basic, more popular languages as well. But the thing I really like about Duolingo is they set it up so that it has the same feeling as a game. I'm really competitive, and so it makes it fun. You can compete against other users. You collect these things that they call lingots that you can spend for leveling up or for getting a little outfit for your owl, the green owl called Duo. But that kind of thing makes it fun. I feel like I'm playing more than I'm learning, and yet I'm learning a lot. And what I like about Duolingo is they are teaching kanji as well, because the Brigham Young class hasn't taught that yet. So it's more dimensional. It's a great complement. You can do it for free, and then you do get ads, and I do it that way. But you can do something called Duolingo Plus. I'm not sure how much that is because I haven't done it yet. But it's ad-free, and there's some other perks you get with it, like, I think you can do it offline, so that if you're on a plane or something, it could be easier.

GLOV Makeup Remover Cloth ($15)
This is a makeup remover, but you don't use any soap. It has nothing on it. It's just the microfibers. And I didn't think it would work when I first got it. I got it in the mail with something called Birchbox. It's a subscription service, and they gave it to me. So I just tried it. I had a little mascara that had rubbed off, and it was on my skin, and I used it. You just wet it and you wipe it across your face, and it takes off the makeup. It reminds me of that Mr. Clean's magic eraser. The first time I ever had a magic eraser and I erased some pen mark on my couch, my vinyl couch, it was so exciting because it really was like magic. I thought, "How does this work so well?" And that's how this glove is. I just thought, "How does this work?" There's no soap on it. It's something about the microfibers. And it feels like a washcloth until you rub it. Once you rub it across your face, there's this interesting kind of spongy, rubbery texture to it. And I guess that's the magic that's taking off the makeup. Afterwards, you wash it with a little bit of soap, and then you let it dry. It comes with a little strap, and you can just hang it somewhere and let it dry. It's supposed to last for three months, and then you're supposed to buy another one after that. I've had it for about a month.

Nespresso Milk Frother
I like to make macchiatos, which is an espresso with a little bit of foam on top. This makes better foam than I've ever had. It's just the perfect consistency, and it's so easy. You just pour the milk into this little canister, put the lid on, and just push a button, and it foams it up.
It has this little coil that's like a donut-shaped coil, and that just spins. And somehow it spins, and you can do it warm or cold. You just push one button. There's only one button on this whole thing. And if you push it quickly, it'll make warm foam, and then if you push the button a little bit longer, it makes it cold, cold foam. So this little coil just spins and somehow makes the best consistency of froth. For my daughter Jane, she likes matcha in the morning, and she likes it with either soy milk or sometimes she does almond milk. So I just pour the milk in there with the matcha and do the cold cycle, and it just blends the whole thing together. It's kind of foamy and smooth, and she loves it. It's just so easy, and it's really easy to clean. It's so perfect.

Girl Genius by Downtown Bookworks
This book is part of a series. It's called Girl Genius, and it's a book for young girls ages nine and up. It's 40 profiles of women in history and contemporary women and teenagers too, who have done amazing things in STEM-related fields women inventors and innovators and doctors and scientists. I interviewed a lot of people and came out with some really great, interesting stories about women and probably about five teenagers in the book, too, who have done amazing things. One of them, her name is Keiana Cave, she developed a molecule that neutralizes the toxins from the BP oil spill in the ocean, and Chevron took notice of it and funded her. She's so smart, and she was only 16 when she developed this. So it's just a really fun, inspirational book, I think. There's a woman named Sandra Pascoe from Mexico. She's turning cactus into biodegradable plastic. It's just really fun, interesting things that these women are doing, and it's part of the series from Downtown Bookworks. They also have one called Girl CEO and Girl Activist, and so this is the third one in the series.

We have hired professional editors to help create our weekly podcasts and video reviews at Cool Tools. So far, Cool Tools listeners have pledged $390 a month. Please consider supporting us on Patreon.