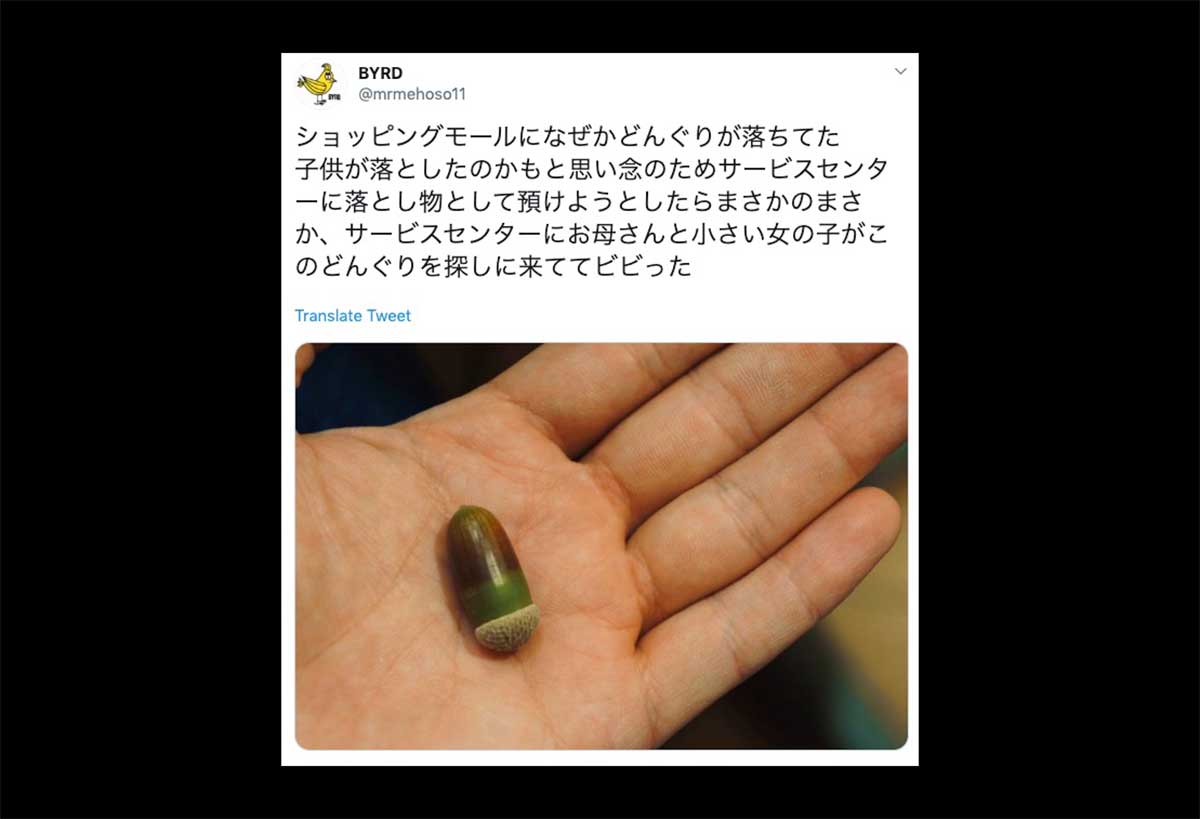 Kiyo Yamauchi retweeted a tweet written in Japanese, which has a photo of an acorn. He said, "The tweeter found an acorn at a shopping mall and he brought it to the lost and found just in case a child has dropped it. At the lost and found there was the mother and the daughter who were there looking for it."

The story takes a huge turn as the mother had a Twitter account and found his tweet. She sent a DM to him saying that the daughter can't stop talking about him and wants to be his wife one day. The original tweeter says it was his first time he got a marriage proposal.

He followed up with this: "The story takes a huge turn as the mother had a Twitter account and found his tweet. She sent a DM to him saying that the daughter can't stop talking about him and wants to be his wife one day. The original tweeter says it was his first time he got a marriage proposal."

Someone left a package of gold bars worth $190,000 on a Swiss Federal Railways train on its from St Gallen to Lucerne. Authorities have spent nine months trying to find the rightful owner to no avail. Now, the public prosecutors office is seeking the public’s help in finding the absent-minded individual who left them behind. […]

Last weekend, the Schantz family was on a drive in Caroline County, Virgina when the car in front of them swerved to avoid a bag in the middle of the road. The Schantzes stopped to pick up the bag and noticed another in a nearby ditch. Assuming the bags were garbage, they tossed them in […]