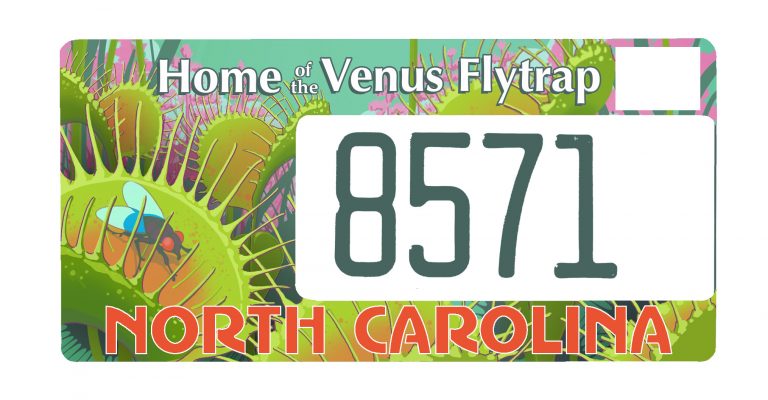 UNC's Paul Jones writes, "Ohio and North Carolina have for years been fighting about which state own the right to say they were the Home of Aviation or the First in Flight. But now NC has something no other state can claim -- First in Fly-Eat! The license plate features not only the famously hungry plant, but also it's fabled food, the fruit fly -- in the process of being trapped. Proceeds go to preserve Venus Fly Trap habitat. Joint projects of the NC Botanical Gardens and the Friends of Plant Preservation."