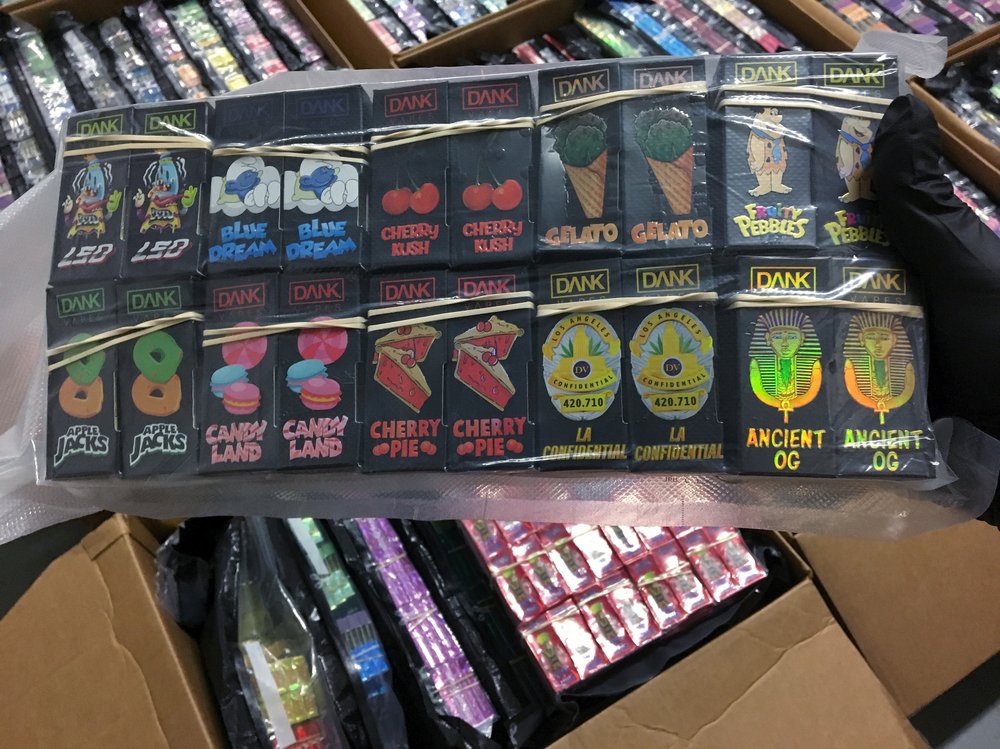 The images in this post were released on Monday, Sept. 23, 2019, by the Minnesota Departments of Public Safety, and show "Dank" packaging from some of the 75,000 THC vaping cartridges seized in a record drug bust in Anoka County, MN.

Dank is a widely sold illegal product under the scrutiny of investigators trying to find out why so many vapers are getting sick or dying around the U.S.

Investigators haven't identified a culprit in the outbreak but say many patients have mentioned using Dank vapes.

“Dank Vapes appears to be the most prominent in a class of largely counterfeit brands, with common packaging that is easily available online and that is used by distributors to market THC-containing cartridges with no obvious centralized production or distribution,” said a report by Illinois and Wisconsin officials, and from the federal Centers for Disease Control and Prevention.