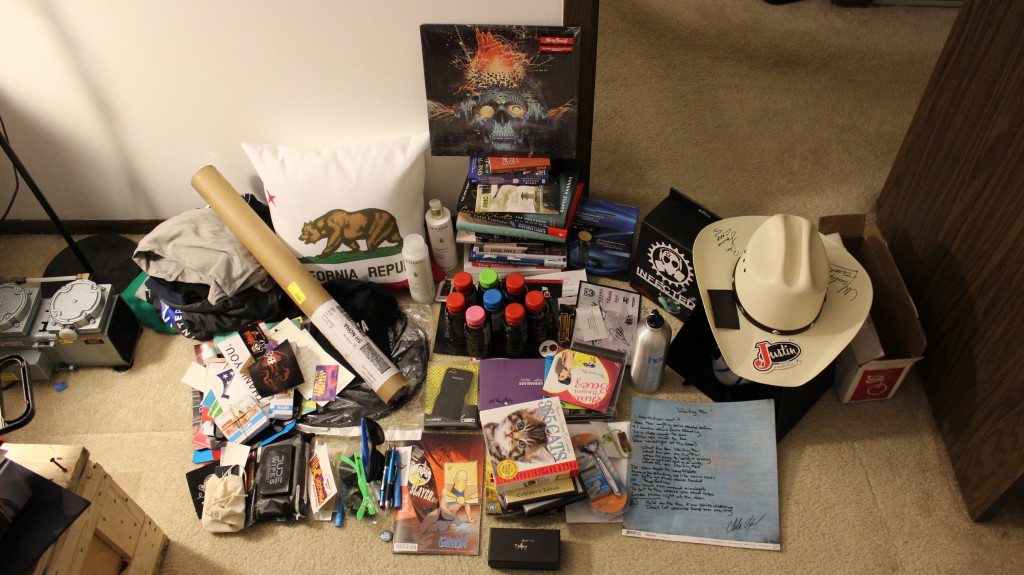 Hunter Scott decided to design a bot to enter Twitter giveaways that asked for follow/like/retweets. He wrote a Python script that searched for and retweeted giveaways, and manually followed accounts when needed. Soon, the problem was not getting banned by Twitter:

They have rate limits which prevent you from tweeting too often, retweeting too aggressively, and creating “following churn”, by rapidly following and unfollowing people. Twitter doesn’t publish these numbers, so I had to figure them out by trial and error. Twitter also limits the total number of people you can follow given a certain number of followers. If you have below a few hundred followers, you cannot follow more than 2000 people. Since a lot of contests required following the original poster, I used a FIFO to make sure I was only following the 2000 most recent contest entries. That gave me long enough to make sure the person I unfollowed had already ended their contest and it kept the follow/unfollow churn rate below the rate limit.

Over the course of nine months, he entered 165,000 contests, winning around 1000. The most valuable prize was a trip to New York Fashion Week, which he did not accept. And his favorite prize was suitably random:

My favorite thing that I won was a cowboy hat autographed by the stars of a Mexican soap opera that I had never heard of. I love it because it really embodies the totally random outcome of these contests.

Eventually, he transformed his bot into one that sought out and retweeted accounts raising money for charity.