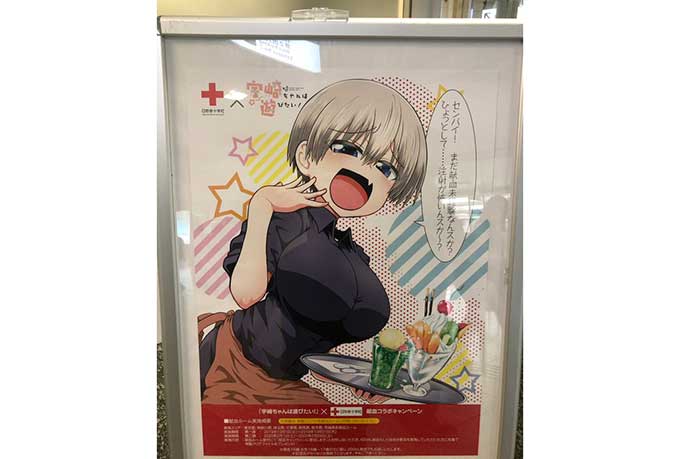 Uzaki-chan wa Asobita! (Uzaki-chan Wants to Play!) is a Japanese manga that features a young woman named Uzaki. Baka-Updates describes the manga this way: "The daily life of a quiet college student who just wants to be left alone, being teased by his cute, stacked underclassman."

The Japanese Red Cross featured Uzaki in a recent blood drive poster. In the poster Uzaki is saying "Senpai, you've never donated blood? Is it maybe because you are scared of needles?"

A westerner saw the poster and complained about it on Twitter, then a Japanese person translated the tweet into Japanese, resulted in a heated conversation in the Twitterverse.

I the video below, That Japanese Man Yuta does a good job describing the reactions: